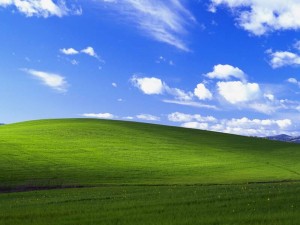 The company is ending support for the venerable edition of Windows on April 8, which means after that point, XP won’t be getting any more updates, including security protection. While that may not seem significant for an operating system that’s more than a decade old, 21 percent of computers worldwide are still running XP, according to a survey by Stat Counter.

That’s why Microsoft is trying to warn business owners that they could face “serious problems” if they continue to use XP after the April deadline. The company said in a press release (PDF) that app developers won’t continue releasing updates for the platform, so any applications that users have installed are what they’ll be stuck with, even as more updates come out.

In addition, the release emphasized that XP won’t get any further security updates, and mentioned that a recent report by Microsoft’s Trustworthy Computing Team said that XP was more than five times as vulnerable to viruses and other attacks compared to Windows 8.1.

However, Microsoft is facing an uphill battle with budget-conscious business owners who aren’t looking to undertake the cost of upgrading their computer systems. Especially since Windows 8.1 hasn’t received the glowing reception Microsoft hoped for, getting people to upgrade could be a tough sell. While the release outlines a number of potential benefits for people who upgrade their computers, major user interface changes with Windows and Office could be a source of friction for some people who are used to XP. Still, for businesses that want to make sure that they’re still protected from security threats, there isn’t really another choice but to upgrade.