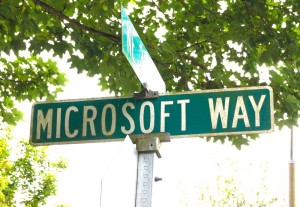 Microsoft’s decision to cut 18,000 jobs from its workforce represents the largest round of layoffs in the company’s history, but it also understates the impact on the company and the job market.

In addition to those core cuts, the company is aiming to significantly reduce its reliance on contingent workers — the thousands of vendors and contractors who work on Microsoft projects and products but are employed through third-party placement firms and consulting companies.

In Microsoft lingo, these are “orange badges,” as opposed the blue badges worn by people employed directly by the company. This is sometimes described as Microsoft’s “shadow workforce,” because the jobs aren’t included in the official employment numbers provided by the company.

Microsoft isn’t saying how many contingent jobs will be cut across the company, but we’ve confirmed that the 18,000 number released by the company doesn’t include the expected additional cutbacks in vendors and contractors.

Mary Jo Foley of ZDNet cites an email from Microsoft chief operating officer Kevin Turner to the company’s sales and marketing group, in which Turner says the plan inside that group is to “reduce our reliance on contingent staff augmentation by over 20 percent year-over-year.”

We’re hearing from people inside the company that Microsoft started changing its practices with some contingent contracts even in advance of this morning’s announcements — putting some workers on shorter-term contracts, allowing them to be reconsidered after the current quarter.

Microsoft CEO Satya Nadella alluded to the impact on contingent staff in his email to employees, saying that the changes “will affect both the Microsoft workforce and our vendor staff,” without going into additional details. This is part of Nadella’s broader effort to streamline the company’s engineering and product development to be more responsive and bring products to market more quickly.