The ubiquity of mobile devices and streaming video has changed the entertainment landscape, as an increasing number of viewers now watch TV and movies via streaming services like YouTube, Netflix, and HBOGo. These services offer tons of content for kids, but they also have adult programming just one or two clicks away.

That’s a pain point for parents that Magicflix aims to address. The Seattle startup provides a curated video service for kids with safe and age-appropriate content. 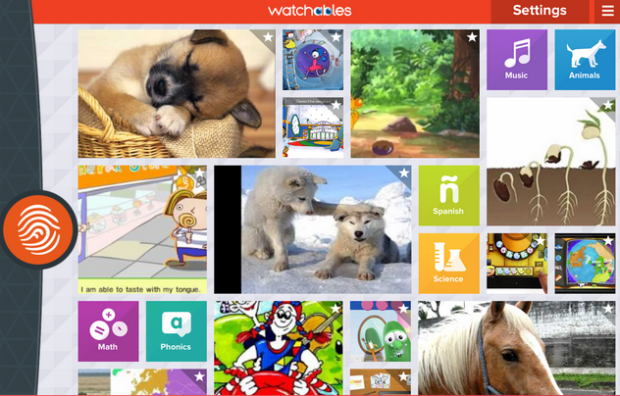 Magicflix CEO Mamtha Banerjee came up with the idea for the company when she and her co-founder, Nandini Shrinidhi, were training for the Seattle Half-Marathon. The two moms initially envisioned a savings app for kids, but realized after interviewing several parents that they could address a more pressing issue.

“Parents were more concerned about their kids being only 2-to-3 clicks away from profanity and adult content while watching videos on YouTube,” said Banerjee, a former director at Travelocity. “There are over five billion views of kids videos a month on YouTube — we realized that this was a great opportunity.”

The duo brought on Facebook vet Sumathi Venkitaraman and developer Nick Parsons to round out a team that was accepted into the Techstars Seattle 2014 class.

We caught up with Banerjee for this installment of Startup Spotlight, a regular GeekWire feature.

Explain what you do so our parents can understand it: “Magicflix is a safe, curated video service for kids ages 12 and under, available across mobile devices, with content that is both fun and educational.”

Inspiration hit us when: “We were approached by several companies to build mobile solutions for the problem we were trying to solve. This, combined with the feedback from parents, led us to believe that were on the right track.”

Our ‘secret sauce’ is: “Our visual discovery-based user experience, curation and tagging, analytics, age-based insights and our recommendation engine all combined together.”

The smartest move we’ve made so far: “The team — getting the right people!”

The biggest mistake we’ve made so far: “Spreading ourselves too thin and trying to get on too many platforms.”

Would you rather have Gates, Jobs, Zuckerberg or Bezos in your corner: “I would rather have Steve Jobs — a pioneer of revolutionary products and design. My takeaway from Steve: make bold bets and think differently to create a new game.”

Our world domination strategy starts when: “One — we are available everywhere, not just mobile devices but also smart TVs, and two — when we are able to have an impact not just in developed countries, but also in emerging markets.”

Rivals should fear us because: “We are innovating on user experiences and product, we have patent pending technology, and a kickass team that can execute. Our apps are already preloaded on over 130,000 kids tablets and we are going global.”

We are truly unique because: “We are singularly focused on building the most engaging video experience for kids.”

What’s the one piece of advice you’d give to other entrepreneurs just starting out: “Think big!”

Editor’s note: GeekWire is featuring each of the 10 startup companies participating in the TechStars Seattle incubator in the lead up to the Demo Day pitch event and launch party on Nov. 6.