Trending: Lawsuit claims Amazon and freight partner worked truck driver ‘into the ground,’ causing him to crash
Sponsored by

Every year in Ghana, the Ministry of Food and Agriculture celebrates Farmers Day. The idea is to honor and celebrate those that have worked hard and applied innovative methods to provide the country with more food.

Last year, a group of winners shared something in common — they all had a helping hand from a Seattle non-profit. 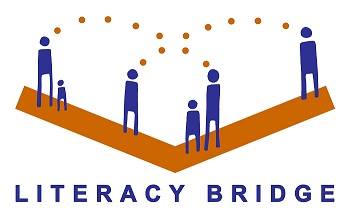 Literacy Bridge is a seven-year-old organization that has developed a portable audio computer designed to help educate illiterate populations living in poor areas who don’t have access to knowledge. The “Talking Book,” which does not require Internet or electricity, is used by thousands of people to hear information about everything from medical advice to farming strategies, when and where they need it.

“Those farmers are becoming leaders among their peers because they use this device,” said Literacy Bridge founder Cliff Schmidt.

Today, Literacy Bridge announced a multi-year partnership with UNICEF, a United Nations program that assists children and mothers in developing countries, and ARM, a microprocessor manufacturer. The three organizations are working together to supply 40,000 people in Ghana with the Talking Books.

The deal is a key milestone for Literacy Bridge, which has pivoted twice in the past seven years before gaining some traction as of late with an end-to-end technology solution that can provide actual help to those who need it.

The Talking Book is somewhat like a talking encyclopedia that’s customized for each village with specified content and dialect. The device itself has no screen — this increases durability and decreases cost — and uses interactive voice response technology to guide users through the content. You can listen to audio recordings that range from education, health, and agriculture; record your own voice memos; and make copies of those recordings that can transfer one device to another.

If there is a mobile device with Internet connection in a given village, people can copy and transfer new recordings to and from the Talking Book with an attached cord. Here’s Schmidt explaining the functionality:

Schmidt explained that most users already listen to the radio often and gain knowledge from the broadcasts. The problem is they often forget what they’ve heard — and that’s why The Talking Book is so helpful. 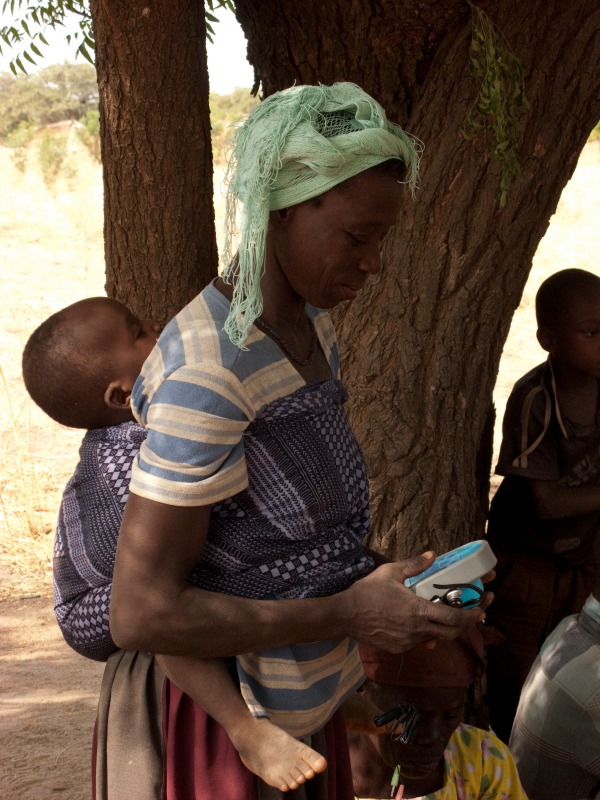 “They are very used to the idea of listening to messages through audio, but they’re not used to the power of being able to listen when they are ready to listen, or absorb the knowledge when they need to know it,” Schmidt said.

The device also is programmable, which allows for multiple choice quizzes or other applications. While some students use the Talking Book during school, there are two main groups that utilize the tool: farmers and mothers.

As we noted above, farmers use the device to learn strategies to improve their crop yield. On the health side, mothers listen to content related to healthy breastfeeding and remedies for sicknesses. The UN also asked Literacy Bridge to upload the Talking Book with information about Ebola and cholera to help those that may be affected by those diseases, either directly or indirectly.

While it’s now relatively easy to quickly create new content for The Talking Book’s software, it wasn’t always that way for Literacy Bridge. Schmidt, a former Microsoft software engineer and Navy submarine officer, first started the non-profit in 2007 with an audiobook that not only delivered knowledge, but also helped users become more literate.

Having two missions at once seemed to be a problem, though.

“We realized as a small startup, you’ve got to really focus and be very good at one thing,” Schmidt said.

After zoning in on the idea of a talking audiobook, the idea was to manufacture and ship as many devices as possible. But while the product itself was functioning well, Schmidt and his colleagues soon found out that the end user wasn’t really reaping 100 percent of the benefits that Literacy Bridge had in mind.

“We felt that simply to sell the technology and expect that the customer would know everything else to do to actually use it properly was not realistic,” Schmidt explained.

So the organization got serious about creating an end-to-end solution. Literacy Bridge made it a point to really understand what problems each village faced and then come up with content that would cause people to adopt new improved habits. It also added a new feedback loop that provided valuable usage statistics.

“We wanted to develop the capacity to produce great content that actually causes people to lead them to an outcome you’re looking for, which is healthier behaviors and more productive practices,” Schmidt said.

UNICEF and ARM, which are contributing most of the $750,000 needed for this project, are “exactly the partners we need going forward,” Schmidt said. Every five weeks, 40,000 people across 50 villages in Ghana will have access to a new set of health, agricultural, and educational messages aimed to make an actual difference in their lives.

Literacy Bridge, which employs 20 and has raised $2.5 million in donations, seems to have found a formula for success. With that in place, the goal is to get the Talking Book in as many hands as possible.

“40,000 is a small number when you talk about maybe one-thousand, or even ten-thousand times that,” Schmidt said. “This partnership is a good step forward, but we have a long way to go. You think about scale in this job as much as you do at any Internet startup.”