Consider the last story online that left an impression on you; the most recent content you shared with friends; the most memorable article you engaged with in the last week. Did it make you want to make a difference in some way?

LilyDrive is betting your answer is yes. The Seattle startup connects online content with the most relevant non-profit organization and allows users to quickly and easily donate. They can then share the story and their contribution with friends.

“It seemed odd to me that we have all this technology to connect consumers with products and services, but most of what we view online is about people and our planet, and the good things and bad things that happen every day.” said LilyDrive CEO Harrison Magun. “Our news feeds and social feeds are full of this.”

Magun worked in digital marketing at Microsoft, Amazon, and a few other Seattle tech companies for nearly two decades before launching LilyDrive. After leaving his post at Amazon a year ago, he took his idea to a local Startup Weekend. LilyDrive won first place, inspiring Magun to develop the project further.

We caught up with Magun for this installment of Startup Spotlight, a regular GeekWire feature.

Explain what you do so our parents can understand it: “Whenever you read or see something online that moves you, you can make a quick and easy donation to the most relevant non-profit, and share the story with others.”

Inspiration hit us when: “For me it was really a collision of the mind and the heart. I’ve spent most of my career in digital marketing, moving offline dollars online. Storytelling is what works online, and what drives social sharing and engagement.

As I became more involved in the non-profit world, I learned that of the approximately $270 billion dollars that were donated by individuals last year, less than 10 percent of it was online. In fact, most donations still happen the way our grandparents donated — direct mail, dinners, fundraisers. I began asking everyone I knew — if you could make a small donation whenever you saw something online that moved you, would you? About three-fourth said yes. I noodled on the idea a bit, boiled it down to a one-minute pitch, and took it to Startup Weekend Seattle. Winning that competition was more validation.” 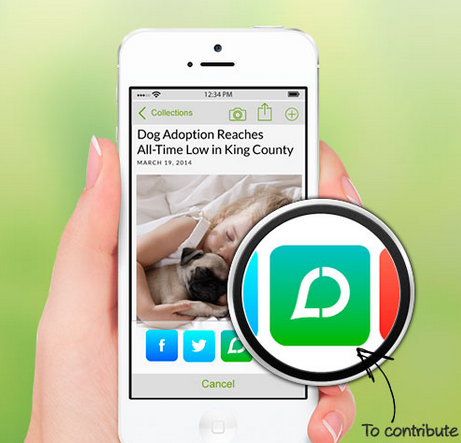 VC, Angel or Bootstrap: “I’ve bootstrapped LilyDrive until very recently, when I opened a friends and family round. Right now, we are just getting started, and I’d say we are stage appropriate for a friends or family, maybe a small angel round.”

Our ‘secret sauce’ is: “One of the things that makes us unique is our focus on content versus charities. We don’t do business with non-profits — we analyze and classify them, but the first time most will hear of us is when they get a check. Our focus is on the amazing content published daily on the web, and the people who read and view it.”

The smartest move we’ve made so far: “Taking a 3-week-old idea to Startup Weekend Seattle. In one weekend we were able to get tons of feedback, validation, and exposure. It really jumpstarted the process that brought us to where we are now.”

The biggest mistake we’ve made so far: “I brought on a part-time developer early on who had no startup experience. He had done some amazing things with web architecture, and I really liked him personally, so I asked him to help build our initial platform. It took me longer that it should have — two months — to realize that his vision was to methodically build a large and expensive system, rather than move fast and break shit. He’s now back doing great things at a big company.”

Our world domination strategy starts when: “We are just getting started with publishers and users becoming acquainted with our beta product. Once we start getting feedback from users, we’ll be able to improve the user experience. Until then, we’re really talking to ourselves.”

Rivals should fear us because: “We’re disruptive. Most people don’t start working with non-profit donations to disrupt things.”

We are truly unique because: “As I said a bit earlier, we focus on content versus charities. We don’t do business with non-profits — we analyze and classify them, but the first time most will hear of us is when they get a check. Our focus is on the amazing content published daily on the web, and the people who read and view it.”

The biggest hurdle we’ve overcome is: “Finding a way to classify and match over one million charities to any story on the web — and give publishers and users the control they need without complicating things.”

What’s the one piece of advice you’d give to other entrepreneurs just starting out: “Just one piece? O.K. then — validate (or invalidate) your idea as soon as possible. Startup Weekend is a great way to do it.”