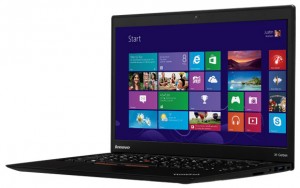 That’s a significant milestone for the Hong Kong-based company, which is well known for acquiring IBM’s personal computer business in 2005 and selling the popular ThinkPad line of laptop computers.

Lenovo is meeting with success, despite overall headwinds in the PC market. Dell and other computer makers have been shipping fewer units, but Lenovo is clearly bucking that trend. The company’s sales numbers were somewhat unexpected, as well. Last month, Gartner still ranked Lenovo’s U.S. sales fourth among its competitors, and behind Apple.

The sales figures could pay off beyond the world of computers. Google reached an agreement to sell Motorola Mobility to Lenovo earlier this year.

If the deal goes through, Lenovo would have a foothold to start selling smartphones in the U.S., a market that it has chosen to avoid thus far. Outside the U.S., Lenovo is a powerhouse when it comes to smartphone sales, which means that other Android manufacturers like HTC and Samsung could face growing competitive pressure.