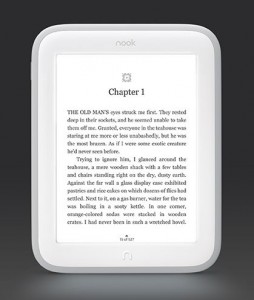 Barnes & Noble has laid off a number of employees in its Nook division in order to bring its costs in line with “business realities,” according to a statement from spokesperson Mary Ellen Keating. Still, they say they’re optimistic about the Nook’s chances, even as its team shrinks.

“We believe we have a strong management team in place at NOOK, having recruited significant new talent,” Keating said in an email. “The new NOOK management team is focused on managing the business efficiently so that it becomes financially strong while at the same time aggressively moving to drive revenue growth.”

In other words, Barnes & Noble is trying to figure out how to get the Nook to make money, and fast. Nook revenue during the holiday season was down more than 60 percent year over year, which the company blamed on a lack of new hardware products and aggressive price competition for digital goods.

An earlier report from Business Insider claimed that the company had laid off its entire Nook hardware team, though Keating said that wasn’t accurate.

While B&N had hoped to fend off competition from Amazon and Apple in the e-book space, the Nook clearly hasn’t lived up to the company’s hopes. Competing in the e-book market is incredibly difficult, especially given Amazon’s willingness to undercut its own profits on certain titles to boost sales. While the Seattle-based retail giant can afford to run razor-thin profit margins in order to drive customer acquisition, it can be hard for other companies like Barnes & Noble to keep up its aggressive practices.

The dollars and cents approach to B&N’s Nook business makes sense, given that Michael Huseby, the company’s newly-minted CEO, previously served as its Chief Financial Officer. Still, the Nook’s competitors show no sign of slowing down, which means Barnes & Noble needs to up its game if it wants to compete.