While the City of Seattle figures out how to regulate app-based transportation companies like UberX, Lyft and Sidecar, King County officials are taking matters into their own hands.

Before delving into the details, it’s important to note that any legislation King County passes will only apply to those operating in unincorporated King County, which is essentially anything that doesn’t fall within the city limits of the county’s 39 cities — places like White Center, Vashon Island and Skyway. This means that any regulations the City of Seattle approves would supersede what the King County Council passes.

Anywho, King County’s proposed legislation has some interesting aspects. It would regulate the TNCs with the same laws that taxi and for-hire drivers must already follow in King County. That means TNC drivers would be subject to the same vehicle inspections, training, testing and insurance requirements that are spelled out in county code and Washington state law. 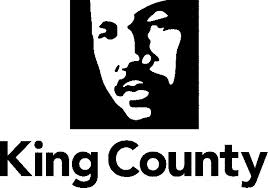 However, there are a few special changes. Unlike the City of Seattle’s original ordinance — which has since been suspended — the legislation does not include a cap on the number of TNC drivers.

“We don’t have any caps on the for-hire and taxi vehicles, so our legislation does not propose caps,” Whalen said.

In addition, King County figured out a way for all drivers to use a less expensive insurance plan.

“We worked with risk managers to determine that we could reduce the grade of insurance, but still offer the same level of protection for folks who are using these services,” Whalen explained.

Whalen said that King County has been watching what the City of Seattle is doing in regard to TNC regulations. Now that those laws could potentially be left undecided until later this year, the county is pursuing its own agenda primarily to ensure the safety for both the drivers and passengers conducting business.

“Our primary concern is setting a reasonable standard for insurance,” Whalen said. “The TNCs are not regulated at this point and that’s a concern for us.”

The legislation will go to a King County committee, which will take action and eventually relay its decision to the full Council. Whalen said the regulations, if passed, would go into effect in early autumn.

Uber and Lyft certainly already operate — without regulation — in both unincorporated King County, and in the cities listed above. Here’s Lyft’s coverage map: 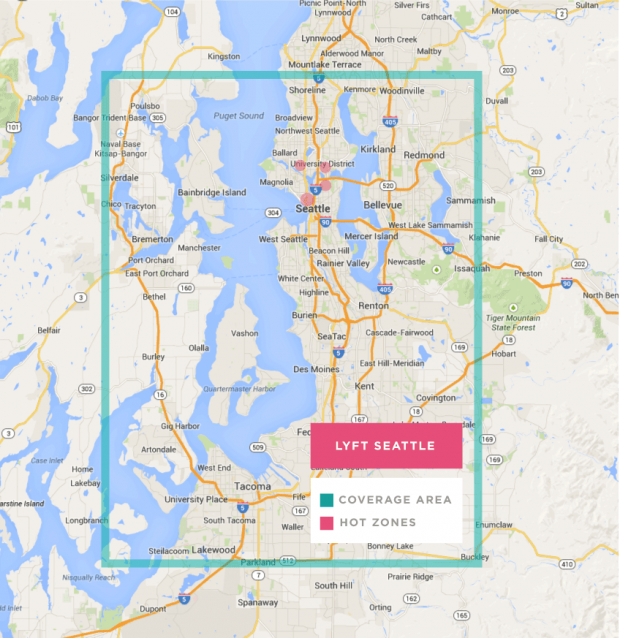 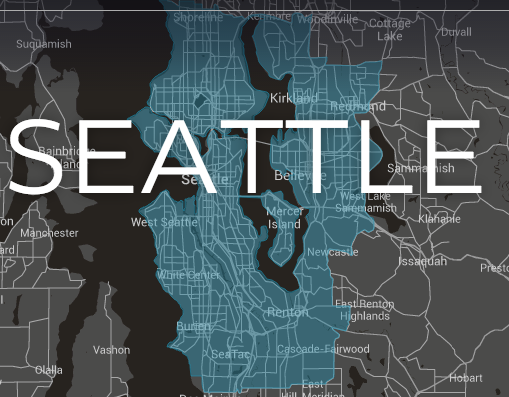 Meanwhile in Seattle, representatives from the TNCs, taxi companies and City officials are currently in the midst of a negotiation process to establish a new regulatory framework that would allow Lyft, Uber and Sidecar to operate legally in the city. A deadline has been set for June 2, and if no agreement is reached, Mayor Ed Murray said last month that he’ll have no choice but to issue a cease-and-desist letter.