Applying computer science principles to human anatomy may end up producing a medical breakthrough if one Seattle startup has its way.

Immusoft has raised another $2.3 million of a $3 million round that it will use to continue developing a unique method of manipulating human immune cells. Investors backing the company include venture capitalist Tim Draper (personally as an angel) and Peter Thiel’s FF Science.

“Basically, we turn patient cells into drug factories,” CEO Matthew Scholz explained to GeekWire via telephone today. “Instead of making treatments and injecting them, we take the cell out, program them to make treatment, and put them back into your own body.”

Scholz has no formal training in biology, chemistry, or anything related. Before 2009, he was busy in the tech space managing the day-to-day operations for a GPS-based fleet logistics company and building mobile apps.

But a lightbulb went off when the University of Washington computer science grad noticed similarities with how vaccines attack diseases and how a computer attacks a password hash.

“It’s just the human body learning something,” Scholz said of vaccines. “Being a computer scientist, I thought, where is the hard drive? In what language is this information written in? How can you manipulate it?”

Scholz then called every science expert he knew to ask for validation and advice. Though many dismissed his idea, Scholz eventually collaborated with renowned researcher David Baltimore and began testing his thesis inside Baltimore’s lab at Cal Tech. 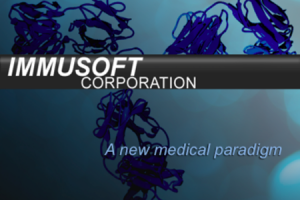 Scholz figured out that by removing a patient’s B cells — the ones that make disease-fighting antibodies — and then manipulating the genetic code, the cells could be put back into the body and attack diseases like HIV. Those cells would then secrete gene-encoded medicine into the body for long periods of time without repeated injections from the outside.

Since then, Immusoft has spent the past five years partnering with the Fred Hutchinson Cancer Research Center in Seattle to develop its first clinical application that attacked a rare genetic disorder called MPS 1, which affects a person’s enzyme production. Immusoft essentially takes the cells and makes them produce enzymes, resulting in a much cheaper and life-extending method than what’s currently available to those with MPS I.

The four-person startup uses a cell-manipulation technique similar to Juno Therapeutics, another new Seattle startup that has raised more than $300 million in less than a year. But where Juno programs a human’s T cells to kill cancer, Immusoft tweaks B cells to produce medicine.

“We very much carry the same philosophies,” Scholz said.

Immusoft, which has raised nearly $5 million from angel investors, grants, and other organizations, will now have to convince the FDA that its new methods can actually be effective in humans.

“The real test is whether or not these cells can survive long-term in humans,” Scholz said. “That’s where everything hangs for us. We look at this as not being a single treatment. This is a platform to program the human body.”

The company, which works out of a shared research facility in Fremont, will use the fresh funds to hire more employees and begin its human clinical trials. Here are a couple videos of Scholz explaining the idea behind Immusoft: