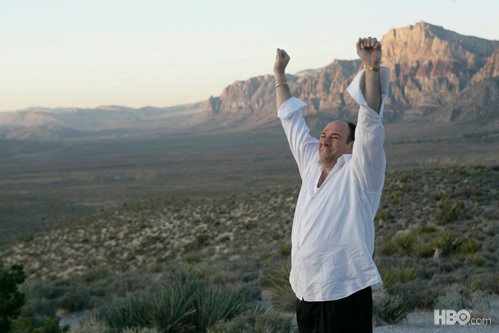 HBO has decided to cancel in-house development of an upcoming streaming service that would allow viewers to watch the premium channel without a cable subscription.

Instead, HBO will license third-party technology to power the service, according to an internal memo published by Fortune today. The decision appears to be a blow to HBO’s CTO Otto Berkes, who brought on a number of his ex-colleagues from Microsoft to help form the HBO engineering office in Seattle.

UPDATE: Berkes announced his resignation to staff today, according to Variety, which obtained a copy of the memo. In the note, he said the decision to outsource the service was not something he planned. “Therefore, I feel that this is the right time for me to move on from HBO so that I am able to fully pursue my passion building world-class technology teams, products and businesses.”

According to sources, who spoke to Fortune anonymously, the office has been plagued by internal squabbles, leading to delayed product launches and service outages, like the ones suffered during the Game of Thrones and True Detective premiers. One source told Fortune that under Berkes’ leadership, he had built a “Napoleonic empire.” Other reviews on Glassdoor paint an equally troubling culture, calling it “toxic and lacking unity, direction and clarity.”

“This decision was not made lightly, and was based on an assessment of risk and scope of the product needed to meet HBO¹s short term business needs for April 2015,” according to the memo, which was sent by Mark Thomas, SVP of Technology Program Management, and Drew Angeloff, SVP, Digital Products, who is another Microsoft veteran who leads the Seattle office.

Fortune reports that the Seattle office — which at last count was expected to balloon to 100 people by year-end — costs an estimated $100 million a year to operate.

In October, HBO executives eagerly announced that the company was working on a streaming service that would allow viewers to watch its premium content without paying for a cable subscription. Until now, viewers have only been able to catch the latest episodes as long as they paid for it through their cable TV provider.

That announcement is likely driving part of today’s decision to kill off the internal development project, code-named Maui. The company is increasingly under pressure to bolster its viewership despite a general trend to cut the cord.

Fortune also reported, citing unnamed sources, that HBO has signed a deal to use external technology from MLB Advanced, which already provides white-label streaming technology for clients like WWE Network.

Berkes and an HBO spokesman did not immediately respond to a message from GeekWire seeking comment.

In the memo, Thomas and Angeloff claimed that the decision does not have to do with the product team working on Maui, and made no mention of any internal issues.

“This was not a judgment of the team’s work quality or deliverables but rather a bet that an existing streaming service could deliver the needed product faster and at lower risk than Maui,” the memo says. “Drew and I have often discussed the excellent work done by the team on Maui – The Maui team was hitting deliverables ahead of schedule and at a high level of quality.”

While the future of the Seattle office is unknown, now that Maui has been canceled, for now it appears the jobs will remain intact, with the three core missions identified for the tech team going forward. According to the memo, they are: fully supporting the third-party technology in time for the April launch; reusing the technology built by the Maui team for the HBO Go app (which does require viewers to have a cable subscription); and identifying efforts around future interactive areas.

“Maui was a way to get us into market faster with a less than perfect solution — the external partner will take that burden allowing us to focus on the forward looking technologies we are creating for HBO GO.”