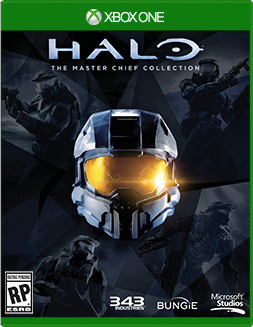 Tuesday is a big day for Halo fans with an Xbox One.

Halo: The Master Chief Collection debuts at midnight tonight, offering a massive compilation of Halo games developed by Microsoft’s 343 Industries for Xbox One owners that includes Halos 1-4 on one disc, in addition to multiplayer modes.

The $59.99 game also features a completely re-mastered Halo 2 built for the Xbox One, along with more than 100 original multiplayer maps running in high-def 1080p video at 60 frames per second on dedicated servers. The game will also include access to the live-action digital series Halo: Nightfall and the upcoming Halo 5: Guardians Multiplayer beta.

To help celebrate the new game, Microsoft is putting on launch parties across the nation around 9 p.m local time on Monday night at 11 of its retail stores.

Those that live near Microsoft’s headquarters, though, will enjoy a special launch party at the Bellevue Square Microsoft Store. On Monday evening, the store will transform into “an amazing Halo environment” with a museum-like experience featuring Halo props.

Attendees will also have the chance to meet Jen Taylor, the voice of Cortana, and take pictures with Master Chief. Finally, the first 150 people that pick up their pre-ordered Halo game will receive a t-shirt and a Microsoft Canteen.

The new game should help Microsoft drive more sales of the Xbox One itself, which has lagged behind Sony’s Playstation 4 since both consoles launched one year ago. Learn more about Halo: The Master Chief Collection here, and check out an initial review from Ars Technica here.