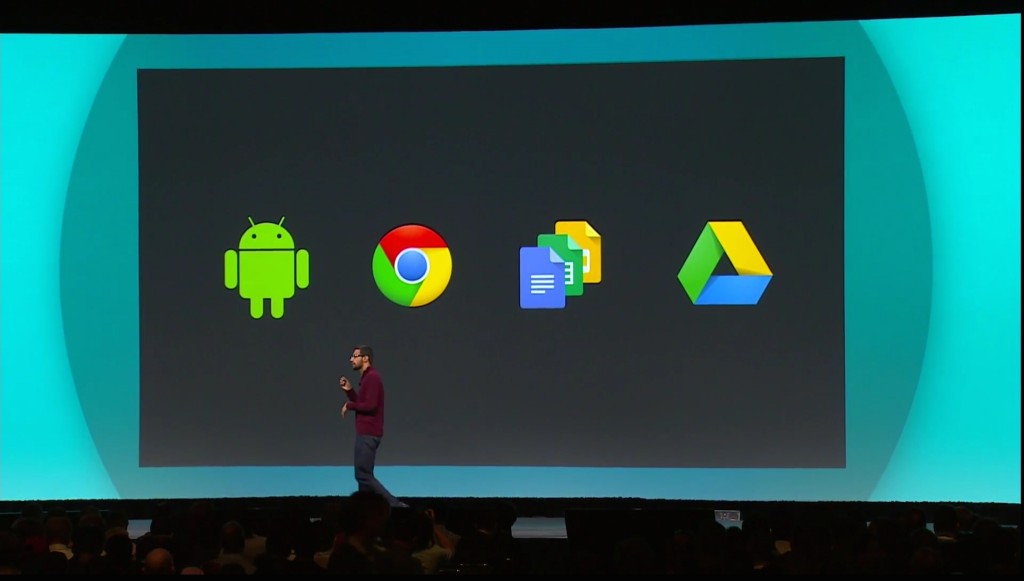 Google took a massive swing at Microsoft’s dominance in the enterprise space with a variety of new tools for companies and other large institutions.

Sundar Pichai, the head of Android at Google, announced Android for Work at the company’s I/O developer conference in San Francisco today. That service is designed to keep personal and professional data separate on an Android device, and allow corporate IT departments to manage applications on the device.

Companies will be able to buy applications in bulk from the Google Play Store, and then roll those applications out to employees. They’ll also be able to have control over corporate data stored on the device, without having control of the personal data also stored on the device. It’s similar to tools provided by Microsoft for managing data on Windows Phone and Windows tablets. 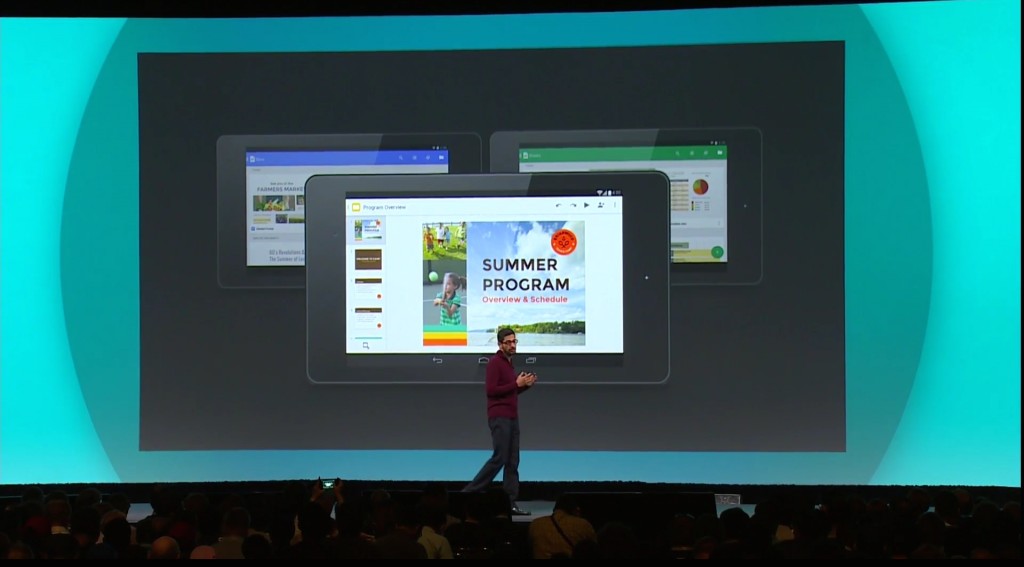 In addition to that, Google Drive received native support for handling Office files. That means people can store Word, Excel and Powerpoint files in Google Drive, edit them using Google’s Docs, Sheets and Slides apps, and then save them again as Office files without ever converting them into Google’s native document formats.

The company’s document collaboration system received a new set of tools for group editing, including Suggested Edits, which allow people to suggest changes to a document, and then give the author an opportunity to either reject or accept those changes. Microsoft provides similar functionality inside Office, and Pichai said that he hopes the new features will make Google Drive a compelling alternative for enterprises looking beyond Microsoft’s products. 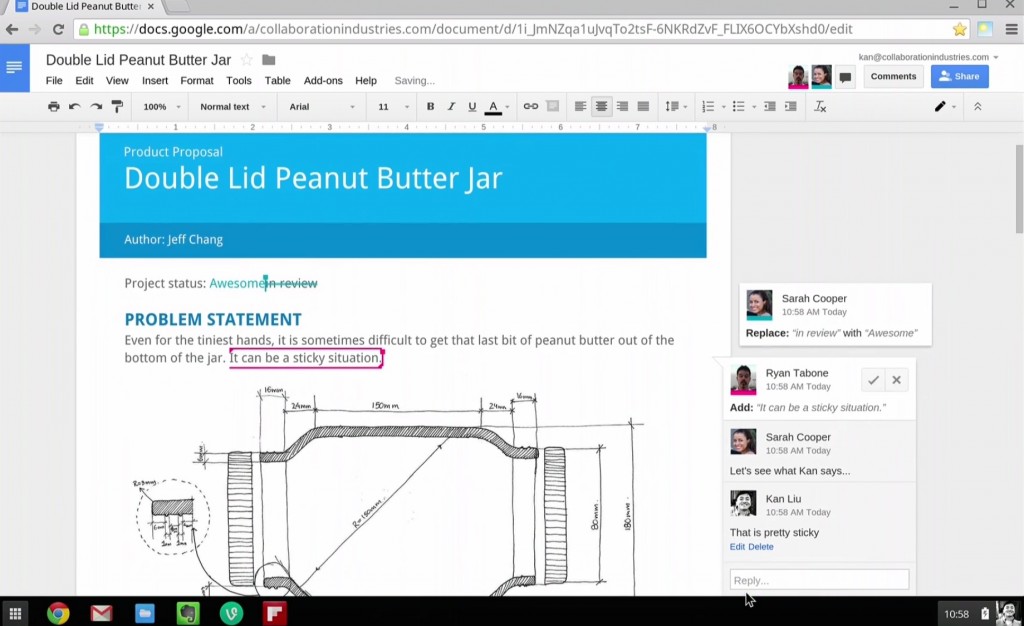 Google Drive for Work got a number of improvements, including in-transit and on-server encryption of all files stored within its bounds, which is clear strike against the encryption features that Box touts as one of the features that sets it apart from the competition in the enterprise cloud storage space.

All of these announcements send a clear message: Google wants as big a piece of the enterprise pie as it can get. It will be interesting to see what happens next.