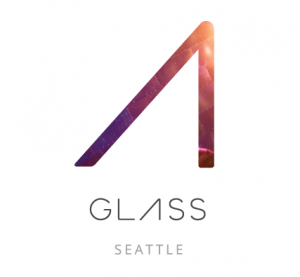 When I saw that Google would hold the Seattle stop of its Google Glass open house tour at Sodo Park last weekend, I was impressed.

Finally, I thought, the device that’s been barraged by public controversy will go out in public. Moms might pull over with their strollers. Old men might try them on and laugh. Maybe we’ll get somewhere with this thing.

But Sodo Park, it turns out, is not a park at all. It’s a closed blue building next to a parking lot. Inside, the open house felt sleek and surreal and more than a little alien, much like the device itself.

And so the most unusual rollout of a major device in recent memory continues to leave us — me, at least — impatient.

When will Google Glass come down to Earth, where we’ll have an actual chance of understanding it?

Hundreds of people showed up to the Saturday and Sunday Sodo Park event, according to a Google spokeswoman. They heard about it on Google’s Google Plus and Facebook pages, or from developers or members of Seattle’s Glass Explorers program — those beta testers who’ve gotten early versions of the device in the two years since the world heard it existed.

Those testers have had their time to get to know Glass, no doubt. Many, like local surgeon Heather Evans, have used it to do some pretty spectacular things.

But would new users be more comfortable wearing Glass in public than when the device first came out, or less?

For months now, there have been signs that the comfort level is moving in the wrong direction. Policy battles are heating up over the legality of driving with the device. A developer who wore one in a movie theater (oops) got questioned by agents for hours. In the U.K. last year, 1 in 5 residents said in a survey they believed Glass should be banned for privacy reasons. And in February, a woman said she was attacked and robbed for wearing Google Glass in a bar.

Then there are the “glassholes.”

Google validated the concept of the off-putting, hacky Glass users when it published a list of do’s and don’ts for Google Glass Explorers this year. The last “don’t”: “Don’t Be creepy or rude (aka, a “Glasshole”).”

I had no idea what to expect when I walked into Sodo “Park” with my husband Saturday. The first stop was the the greeters. A handful of them, in black Glass shirts, pointing us to a registration table with another batch of young, t-shirted hosts who took our names and signed media waivers. Then we got in line.

That’s where I met this guy:

Greg Priest-Dorman is not just a model for one of these early glamor shots of Glass. He’s a Glass developer. He walked us through some of the early prototypes — encased like museum exhibits along the wall where we waited — with the candor and enthusiasm only an honest-to-goodness engineer could provide.

It was around 2011, he said, when Glass engineers at Google hit a wall. After years of signing out secret prototypes to try in the office, they needed to test out their world-changing device, well, out in the world. So the announcement was made, Glass got photographed on subways and such, and everyone went, “Whoa.”

At the front of the line, we got our demos. I’d tried Glass a couple times already (few tech writers haven’t), but this would be official. One part of the space presented the device’s core functions: directions, Google searches, taking pictures or video. Another its Google Play integration, ear buds available. A third featured big signs in other languages, so you could try out that crazy cool visual translation feature.

It was fun. Nothing about this technology — particularly its promise — lacks awe.

But little of it seemed real pent up in the posh slice of Technoratiland they’d brought here, modeled on “Basecamps” for Google Explorers in New York, Los Angeles and San Francisco. Everything mirrored and metal, industrial chic and young. Cheesecake in fancy glasses on a rising centerpiece near something called a crying tiger endive leaf spoon (both delicious, by the way). I got directions to the nearest Starbucks and walked, like a weirdo, toward a wall. What else was I going to do?

I have to agree with Matt Burns at TechCrunch and others on this: Google’s biggest challenge with Glass right now isn’t in developing the device, but in making sure the public will accept it.

Google hasn’t announced the next stop on its public tour. Atlanta, Austin, Detroit and Durham, North Carolina, all preceded Seattle. But Glass’s commercial launch could come as soon as this year, according to some reports.

Wherever they go next, I hope they bring Glass down from its futuristic silos and a little closer to our day-to-day reality.

It’s the only way we’ll know if it really, truly fits.