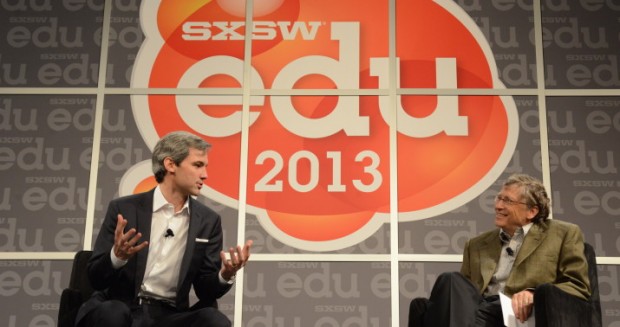 InBloom, which was backed by $100 million from The Bill and Melinda Gates Foundation and others, is closing up shop after parents worried that its database technology was violating their children’s privacy.

InBloom’s CEO Iwan Streichenberger explained in a letter on the non-profit’s site this morning: “It is a shame that the progress of this important innovation has been stalled because of generalized public concerns about data misuse, even though inBloom has world-class security and privacy protections that have raised the bar for school districts and the industry as a whole.”

The goal of tracking the information was to give educators a better, more cost effective way to track students’ individual learning needs, the non-profit argued.

But in New York, Streichenberger said the misunderstandings about what they were trying to accomplish that led to a recent passage of legislation that would “severely” restrict the education department from contracting with outside companies for storing, organizing, or aggregating student data, “even where those companies provide demonstrably more protection for privacy and security than the systems currently in use.”

To that end, he said the board of directors and inBloom’s financial backers made the decision to wind down the organization over the coming months. InBloom’s site is already not functioning except for the homepage.

There is plenty of documentation still on the Internet, however, detailing how inBloom enraged parents.

A New York Daily News story captured how furious parents were, quoting one as saying “I send my child to school to be educated. I never agreed to have his information shared with private companies or stored in a database.”

InBloom, which began as the Shared Learning Collaborative, received $100 million in seed money from the Bill and Melinda Gates Foundation, along with Carnegie Corporation of New York, according to The New York Times, which covered the non-profit’s decision to close its doors today.

It reports that the inBloom database could track 400 different data fields about students, including details such as family relationships, reasons for enrollment changes (such as sicknesses, or being a victim of a serious violent incident). It is these fields that parents objected to, saying that a third-party vendor should not have such private information.

The opposition wasn’t limited to New York, but to Louisiana, too.

Bill Gates frequently discusses how important data is in the future of education. He gave the keynote at the SXSWedu conference last year, and interviewed Streichenberger on stage.