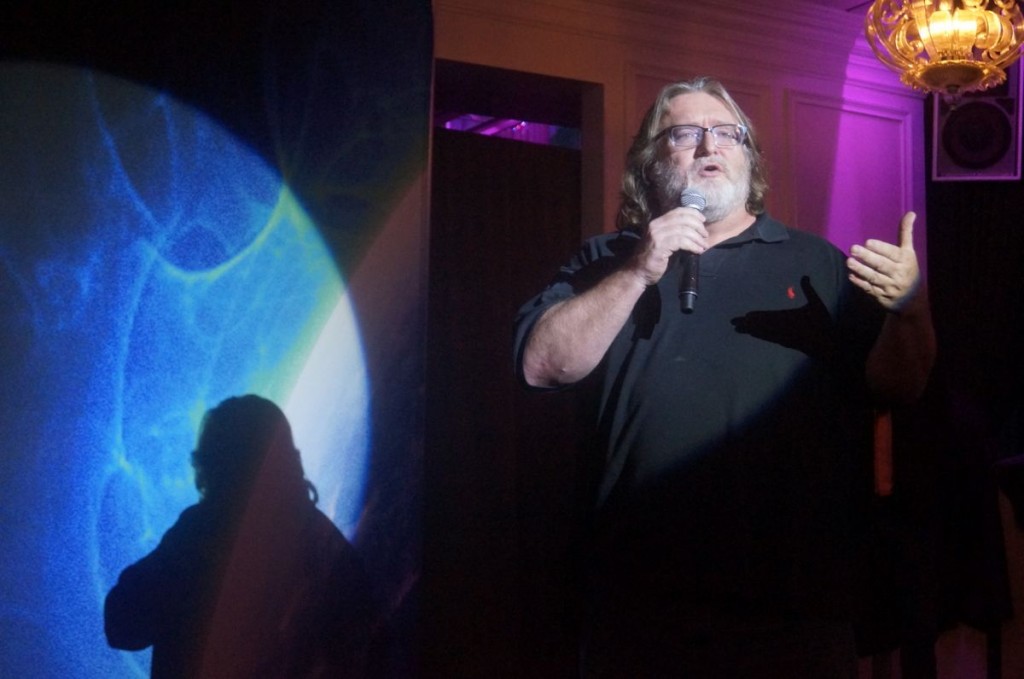 LAS VEGAS — In a press event on the eve of the big CES tech show, Valve just made its next move to upend the gaming industry, announcing a baker’s dozen hardware partners that will make variations of the Linux-based Steam Machine, optimized for the Bellevue-based company’s dominant Steam computer gaming platform.

The partners include Alienware, Origin, Scan Computers, Next, Zotac, Digital Storm, Gigabyte and others. Prices will start around $500 for smaller boxes designed for the living room, competitive with gaming consoles such as Microsoft’s Xbox One. Some of the higher-end Steam Boxes will exceed $1,000 and in some cases much more, such as $6,000 for a fully tricked-out Falcon Northwest machine.

Because Valve CEO Gabe Newell’s comments are so closely followed in the industry, we’ve transcribed them quickly for everyone who couldn’t be there. Continue reading for the full text, followed by highlights from a brief Q&A with reporters. 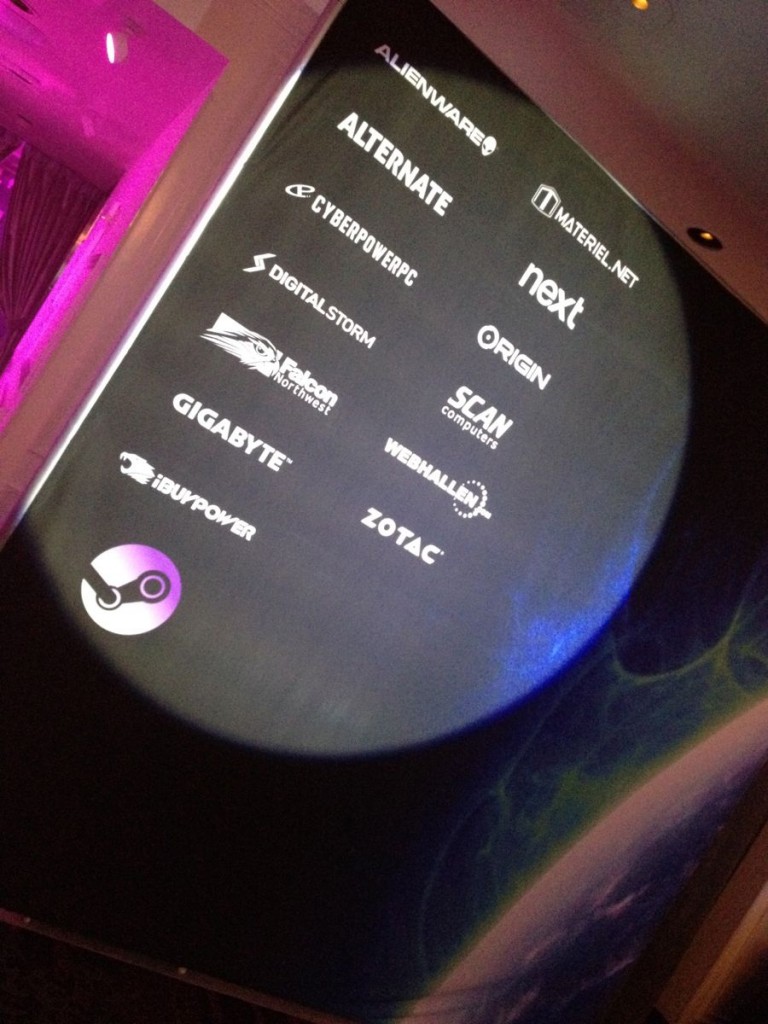 Newell: So this has been a great year for the PC. We’re up to 65 million accounts on Steam, we have 6 million people simultaneous. I think with the holiday season just passed, we’re about 62 percent year-over-year revenue growth. My favorite statistic is that DOTA 2 is bigger than Monday Night Football.

So why? We’re just one company in the PC space. Why are we seeing this continued growth? Why are we seeing users and games and hardware development? We attribute it to the openness of the platform. The PC is successful because we’re all benefiting from the competition with each other. If Twitter comes along, our games benefit. If Nvidia makes better graphics technology, all the games are going to shine. If we come out with a better game, people are going to buy more PCs. That has been the engine of this growth.

Now a couple of years ago, we started to get pretty worried that maybe that openness was going to be challenged, that there was success in proprietary platforms in living rooms and in mobile, and that was going to cause the entire industry to step away from the opportunity of openness. What can we do?

We picked three things to look at. The first was thinking about user interface, the operating system, the platform side of it. We have a lot of experience with Steam. By developing Big Picture and then moving all of that on top of Linux, we’d have a platform that everybody could use.

There was some form factor issues. The hardware that you’re used to using on an airplane is not necessarily the right form factor for what you want to have in the living room. So there are a set of issues there that we wanted to address in terms of hardware design — we wanted to prove that they were possible and share that knowledge with partners.

The third issue is, how you interact with these devices. We needed a controller design that was consistent with the interaction modes that people were going to be using in the living room. That doesn’t mean that people don’t use mice, but it does mean that they have another option — one that really allows software developers to give people a great experience with that environment while continuing to give people access to all the great Internet and PC applications. 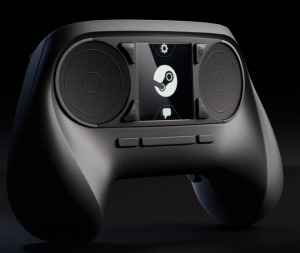 Last year, we said, OK, we’re going to be building these machines, and giving them out to people. Today we’re taking the next step — and the next step is to say that there are a bunch of other hardware manufacturers who are also going to be developing Steam Machines. So here’s the list (plus one) of the people who are here tonight.

(Machines unveiled from underneath black sheets, to applause.)

So each one of these represents a different take on the right solution for their customers in the living room. We look forward to having our games on these machines, and I’m sure all these people are interested in talking to you.

Highlights from the Q&A:

What is the variation in hardware? Low end to high end?

Newell: There’s a lot of variation, both in the devices that you see here and the product lines that people are going to have. That’s one of the strengths the PC has. Customers can get the experience they want, while software developers can be guaranteed a stable platform for delivering value.

We’re going to continue to make that decision as we go along. We’ve been happy with the results doing the hardware development. We have plans to build more machines as our customers demand. We also expect people to be really happy with the range of offerings coming from these hardware manufacturers.

We made 300, which is a very tiny step, but I guess everything starts with a small step. We’ll make what we need to. We really view our role in this as being enabling. So whatever we can do that’s going to be helpful to other hardware manufacturers — whether it’s controller design, or with building specific kinds of boxes, that’s what we’re going to attempt to do. It’s very much how can we collaborate with the chipmakers and the system integrators. What’s the most useful thing for us to do, and part of the reason for holding events like this is to get feedback from them on the next problems they’d like us to take on.

Will Valve be selling the steam controller separately by itself?

Microsoft announced 3 million Xbox One units sold. Can you hit that target by the end of the year?

Newell: It’s going to take a lot for them to catch up. We’re at 65 million. (Laughter.) Part of why we think this is the right direction to go in is that we can benefit from what everything that people have already done. If I buy a game on Steam and I’m running it on Windows, I can go to one of the Steam machines and already have the game. So you benefit as a developer, you benefit as a consumer in having the PC experience extended in the living room.

What has the feedback from beta users been like?

Newell: The beta users have been super happy. We actually want them to tell us what’s wrong, so we’re kind of poking at them a little. Right now they’re just saying this is the best thing since the beginning of time or something. We’re trying to get them to give us, how can we iterate on this and what are the steps that we need to solve next.

What are you doing to encourage developers?

Right now we have about 250 titles running. There are a bunch of things we need to do for developers. We need to help them make money. We need to give them development tools that make it easy for them to support Windows and Mac and Linux simultaneously. We need to make sure that we address concerns about issues raised by controller design. Just kinds blue-collar stuff that you do anytime you’re developing a platform. The same types of things that made Windows successful.