Home Depot’s massive credit card breach is a huge problem for consumers, since criminals were able to steal 56 million credit card accounts, and 53 million email addresses. But it may also be something of a problem for Microsoft.

The breach last spring was enabled in part by a security hole in Windows, according to a report from the Wall Street Journal. Although Microsoft was able to patch the hole in Windows, it was too late for Home Depot’s systems, which had already been seriously compromised. All in all, the retailer had malware running on its point-of-sale terminals for five months, gathering credit card information from the company’s self-checkout lanes. 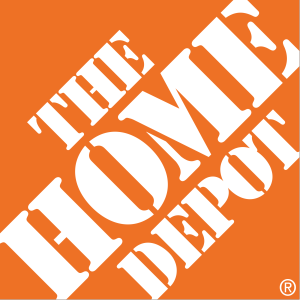 After they identified that a breach had taken place (following a tip from the Secret Service), Home Depot’s security team didn’t know if the company’s computers were still compromised. So one IT officer reportedly purchased two dozen new iPhones and MacBooks for senior executives, who took to calling their new smartphones “Bat Phones.”

Those devices were supposed to allow the company to continue to conduct business, while technical staff sorted out network issues, but may be the harbinger of some bad news for Microsoft. The Redmond company has kept a strong hold on the enterprise computer market, but could risk losing share to Apple if more companies decide to switch over to Macs.

The Cupertino-based company would certainly like that to be the case. Earlier this year, Apple struck a deal with IBM to attract more enterprises to its platforms. What’s more, iPhones and iPads are the most-activated smartphones and tablets in the enterprise, according to a recent report from Good Technology.

Even if Home Depot decides to switch to Apple’s computing platform, it’s not a straightforward fix. There have been a number of attacks carried out against OS X and iOS over the past year. In every case, Apple has moved quickly to secure its products, but that may not be fast enough for some enterprises. Large companies with valuable troves of data are still at risk, no matter what software they use, since they’re juicy targets for high-powered attackers.