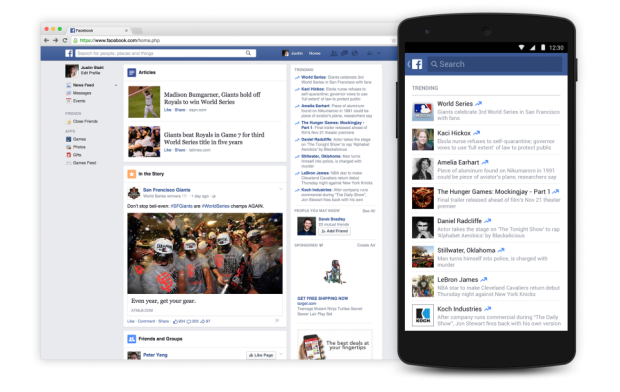 People looking for the latest breaking news on their mobile devices may be more inclined to use Facebook after an update the company released today. Facebook’s Android app now shows off trending stories on the social network. An upcoming update to Facebook’s iOS app will also include the feature.

It’s an attempt to become more competitive in breaking news, which traditionally has been dominated by Twitter.

Facebook’s curated News Feed has meant that major events in the past didn’t see serious coverage on the social network until well after they were in progress, or over. In January, Facebook began the process of fixing that by offering users a trending section on their desktop Facebook experience.

With the mobile update, users will be able to tap on a trending story inside the mobile app in order to get a breakdown of what’s happening at a glance, with quick references to information that will get them up to speed. The trending story will break up into five different sections, including news articles, posts from people who are a part of the story and posts about the story from users’ friends and groups. 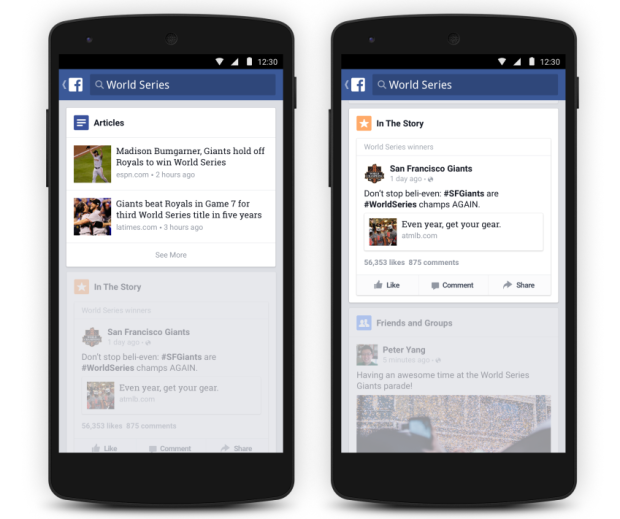 In addition to that, Facebook also plans to highlight public posts from users near the event, as well as a live feed of posts about the event. Much of that functionality is already available on Facebook’s desktop website, but this is the first time that mobile users will get access to it.

This is the second significant mobile update Facebook has released this week. The company announced on Monday that it has updated its search tool to help users better find past posts from their friends.