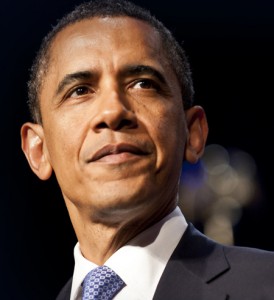 The idea that teens on social media are losing interest in Facebook is now so mainstream that even President Barack Obama is aware of the trend.

The Atlantic’s Robinson Meyer just penned this hilarious post about his random encounter with an apparent healthcare-related focus group at a Washington D.C. cafe that included Obama.

Meyer did his best to eavesdrop on the conversation, and at one point overheard Obama talking about social media.

I guess that they were talking about the difficulty of doing political outreach on Snapchat or one of this newer, less textual ilk? I’m not sure. Then the president drops this:

Facebook is so uncool even the president of the United States knows it.

I am not sure who the they is. A White House representative I talked to afterward hypothesized that it might be the 18 to 34 year-olds whom the President hopes will sign up for the healthcare law. Maybe it was the third-person singular, gender-neutral pronoun. I don’t know.

It’s likely Obama, a father of two daughters (ages 15 and 12), was referencing the growing number of youth who seem to be losing interest in Facebook.

So there you have it — even our president knows about the teenage apathy toward Facebook. But despite this youthful sentiment, the social network is still seeing increases in daily active users and overall revenue.

Maybe, in the end, it doesn’t really matter if teens don’t like Facebook anymore — an arguement that GeekWire’s Blair Hanley Frank wrote about last month.