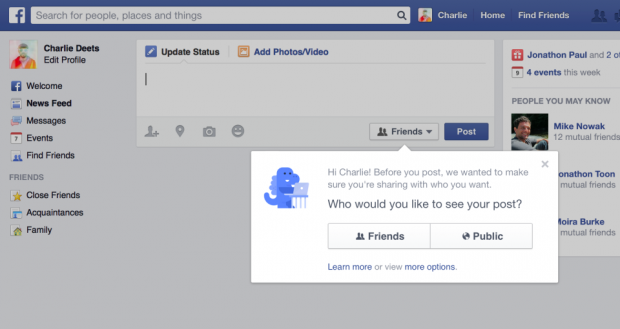 Facebook announced today that new users of the popular social networking service will find that status updates only post to their friends by default. It’s a major reversal by the social network, which set users’ privacy settings to share with the public by default for the past four years.

“While some people want to post to everyone, others have told us that they are more comfortable sharing with a smaller group, like just their friends,” the company said in a press release. “We recognize that it is much worse for someone to accidentally share with everyone when they actually meant to share just with friends, compared with the reverse.”

Users who are already members of the service will also get a “privacy checkup” over the coming weeks that checks in with users and asks them how they want to set up their privacy settings. That way, people who were unknowingly sharing their posts with people they’d prefer not to will be able to rectify the problem going forward. 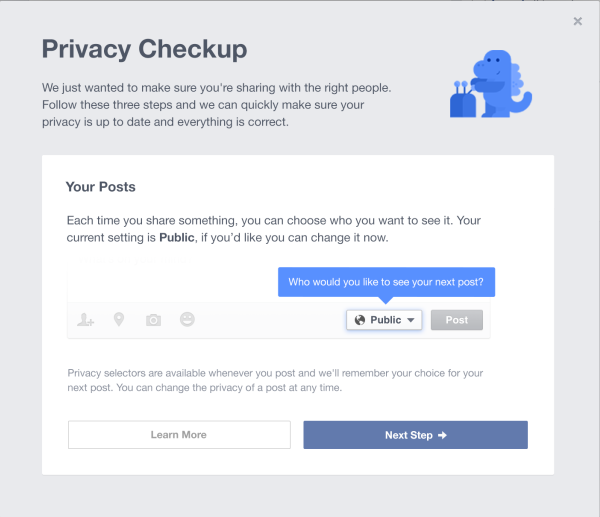 People who have chosen to share posts with the public will also get a pop-up window asking them if they would like to share their post with the world, or if they meant to keep things just to their friends. 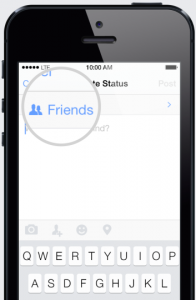 On the mobile side of things, users of the company’s iPhone app will now see a clearer indication of their privacy settings while posting on the go. Facebook said that it plans to test similar changes to its other properties as well.

These moves are a part of an ongoing change at the company designed to give people more control over who they share data with. Last month, the company announced that it would allow people who log in to third party apps using Facebook to do so anonymously, and people who log in using their account will get additional controls over what information they want to share with an app.

While Facebook had been pushing for radical openness in the past, the company has clearly changed its tune: gone are the days of trying to get everyone to post all their information publicly.