Costco isn’t building out one of its massive membership-only warehouses as part of its first foray into China. Instead, it is partnering with Alibaba, the massive Chinese Internet giant that recently hosted its U.S. IPO, raising an eye-popping $25 billion.

The two companies announced today that Costco is selling some of its merchandise, including some of the Kirkland brand products, in China through Alibaba’s Tmall.com e-commerce platform.

The partnership allows the Seattle-area retail giant to gain access to Chinese consumers, who are commonly looking for foreign brands. 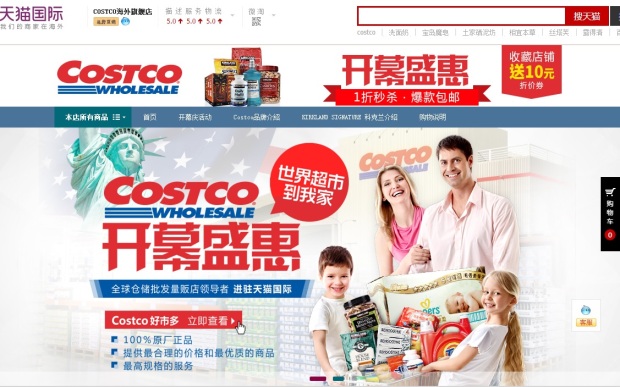 Costco hasn’t been opposed to trying out new high-tech methods of reaching new customers. For instance, it works with Instacart and Boxed for home delivery.