Growing up with a family that had no college graduates and inside a house that was without plumbing for 12 years, it was somewhat of a miracle that Susanna Cerasuolo made it to Ohio State University in the first place.

And once the Seattle entrepreneur graduated and later earned another degree from Harvard, Cerasuolo realized how education changed her life — and how it could do the same for other low-income youth.

“When I saw the power that education has to transform your life — to literally break the poverty cycle — I became passionate about helping every student who wanted to get there,” she said.

So Cerasuolo became a college counselor for students trying to figure out how to get into college. But soon later there were too many kids to help, and too few minutes in the day.

That’s exactly why Cerasuolo founded CollegeMapper. Working with a group of University of Washington computer science students, Cerasuolo launched her first startup in 2011 to show high school students and parents exactly what they needed to do to prepare for the college admission process — and how to succeed once they stepped foot on campus there.

“At the end of the day, this startup has helped me, as a veteran teacher and counselor, to help way more than 20 or 100 kids,” Cersuolo said. “I’m really happy about that and looking forward to helping many more.” 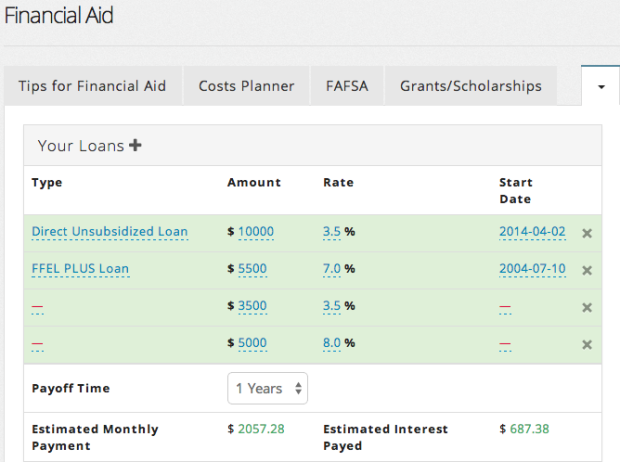 Cerasuolo describes CollegeMapper as a “GPS for education.” On top of offering free tools, the company just built a subscription-based interactive 12-step online course, similar to a MOOC, that covers every aspect of preparing for and applying to college. CollegeMapper, which already serves students in every state and in 30 countries, is seeking corporate sponsorships so it can also offer the online course to underserved students — a group that the company has supported from the beginning.

“We will still be serving these students, but we are now extending our reach to help all students who are interested in more personalized help than they have access to,” said Cerasuolo, who was recently invited to the White House to talk about CollegeMapper.

We caught up with Cerasuolo for this installment of Startup Spotlight, a regular GeekWire feature.

Explain what you do so our parents can understand it: “We guide high school students and parents through the confusing process of preparing for and navigating college admissions, like a GPS for getting to college.”

Inspiration hit us when: “My own high school had no counselor, and when I was being asked to do more and more speaking engagements to Seattle teens at Boys and Girls Clubs, YWCA’s, etc, I realized I needed a way to reach them more than once a year or once a month. I needed to talk to these kids once a week, to really guide them well. I went to the UW and applied to work with a group of students who could help me build a website; together we built CollegeMapper.”

VC, Angel or Bootstrap: “Bootstrapped initially and then we raised funds through Angel investments, which has been a terrific experience because of the education and support they provide.”

Our ‘secret sauce’ is: “That we really care about kids and believe education is the most direct way to break the poverty cycle.”

The smartest move we’ve made so far: “Hiring a great team. We work really well together and have a great division of labor, so this has enabled us to pivot quickly.”

The biggest mistake we’ve made so far: “Not testing multiple revenue streams early on, to see which to focus on. We focused too long on one or two ideas when we needed to see the writing on the wall and shift focus.”

Would you rather have Gates, Jobs, Zuckerberg or Bezos in your corner: “Bill Gates, because he also has a social mission to better the world.”

Our world domination strategy starts when: “We nail how to get teenagers addicted to our site. We think we’re getting pretty close.”

Rivals should fear us because: “We absolutely love what we do.”

We are truly unique because: “We can think like our target audience, and since they’re teenagers, that’s kind of funny and kind of scary…”

The biggest hurdle we’ve overcome is: “The office chore chart. Key. But seriously, probably launching a full-scale pivot inside of one month. I don’t recommend this to the faint of heart or those who value sleep.”

What’s the one piece of advice you’d give to other entrepreneurs just starting out: “User test everything ASAP, and only build what users want. Let the users lead the whole product development plan. And always remember: it’s a marathon, not a sprint.”