A majority of people have smartphones, everybody wants faster Internet, and cable subscriptions are dropping as a result of online video.

Those are some of the findings from the City of Seattle’s report on the use of information and communications technology by its citizens.

The City has conducted the survey every four years since 2000, and the 2013 report reveals a few interesting tidbits. 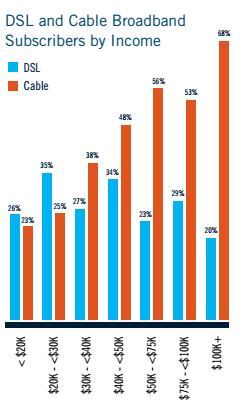 Since 2009, mobile phone ownership has grown from 80 percent to 89 percent, while 58 percent of Seattleites now have a smartphone — up from 35 percent four years ago.

In terms of Internet access, 85 percent of those surveyed said they had “some type of connection” at home. Each of the 2,128 respondents who took the online survey said they’d be interested in a faster connection, while 85 percent of the 803 citizens interviewed via phone said the same.

About 50 percent of those surveyed said price would most improve their Internet service, while a third opted for increased speed as their biggest need. In addition, only a quarter of households that make $30,000 or less had cable Internet, while two-thirds of those making more than $100,000 said the same.

The increase in Internet usage has resulted in a 13 percent drop over the past four years (to 59 percent) in cable TV subscriptions, as more people indicated that they watch video on their computers and mobile devices. Less than half of the younger generation (18-to-25 years old) subscribe to cable TV, while 74 percent of those 65 and older said the same.

A majority (81 percent) of those that do still have cable packages said that they are not satisfied with how much they have to pay. 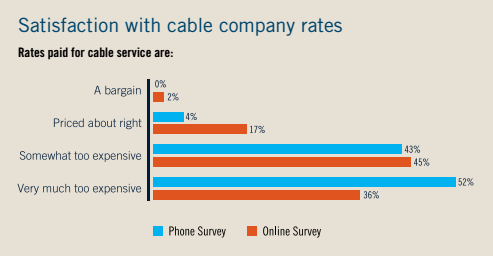 Respondents were also asked about social media use. Facebook is by far the most popular hub, with 66 percent on the service. About one-third of Seattleites use Twitter — up from the 18 percent national average — but only 7 percent use Twitter often. Women are more likely to use Facebook “often,” (47 percent vs. 35 percent), while men are more likely to be on Twitter (12 percent vs. 5 percent). 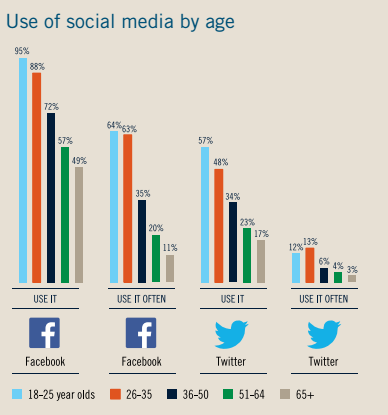 The City surveyed 2,686 residents by phone and online, in addition to nine focus groups with traditionally under-represented communities. Information from the survey will be used to help the City with technology-related decisions, from cable franchising agreements to grant funding outcomes.

In the recommendations portion of the report, the City listed several action items, including:

While the report covered Internet usage and speed in Seattle, it did not make any mention of a fiber-Internet service. That’s been a hot topic for the past year or so after a private company called Gigabit Squared had planned to build out a city-wide high-speed network that would take advantage of the city’s unused dark fiber, but ultimately failed to raise adequate funding for the network this past December.

Mayor Ed Murray published a blog post about the state of Internet in Seattle in February, noting that the City is evaluating its relationship with Comcast. Seattle has a franchise agreement with Comcast, the largest cable TV and high-speed Internet provider in town, that expires January 20, 2016.

Today’s report makes a couple Comcast references, but there was nothing substantial on that topic. Check out the full report here: