Perhaps no story on GeekWire has generated as much interest (or discussion) over the past year as the “sharing economy” — the idea that ordinary folks can make a few extra bucks by renting out their spare bedrooms or picking up passengers in their personal cars.

That’s why we’re so excited to bring together leaders of this important sector for a panel discussion at this year’s GeekWire Summit, exploring how these innovative online business models are fitting into society and changing how we shop, drive and travel.

These marketplaces don’t come without controversy, and we’ll be addressing some of those issues — everything from surge pricing to regulatory hurdles — during this panel discussion on the afternoon of Oct. 2 at the Westin Seattle.

Joining us on stage will be Sidecar CEO Sunil Paul, fresh off the company’s $15 million venture funding round this week. We’ll learn how Sidecar is attempting to take on the big dogs of ridesharing in Uber and Lyft in its bid to create the “world’s largest transportation marketplace.” Paul — an angel investor in LinkedIn who currently serves on the board of Zynga — previously co-founded anti-spam technology company BrightMail. 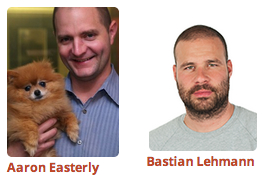 Also, joining us a the Summit will be Postmates CEO Bastian Lehmann, whose attempting to transform how goods are transported around cities, delivering everything from restaurant meals to office supplies. Founded four years ago, Lehmann raised $16 million in fresh capital for Postmates earlier this year.

Rounding out this fantastic panel will be Couchsurfing CEO Jennifer Billock — whose trying to make it easy and fun to find lodging in 100,000 cities around the globe — and Rover CEO Aaron Easterly —whose looking to upend the traditional dog boarding headaches faced by many pet owners.

Four great CEOs who will provide some amazing insights on this important topic. In addition, the moderator of this panel will be venture capitalist Scott Stanford, who previously co-led Goldman Sachs’s Global Internet Investment Banking business, assisting clients such as Uber, Facebook and LinkedIn.

Tickets for the Summit are going fast, but you can still sign up here.