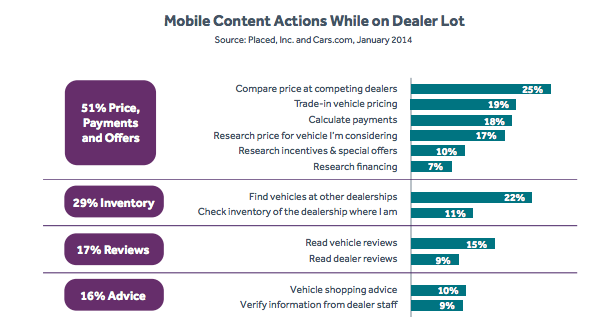 A new study reveals that a majority of car shoppers are now using their smartphones while at automotive dealerships to do further research on factors that influence their final purchase. 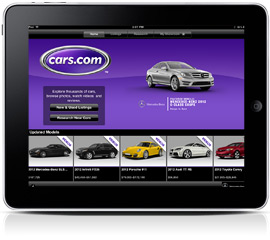 Cars.com partnered with Seattle-based location analytics startup Placed, which measures more than 100 million locations a day across more than 100,000 U.S. users who have opted-in to share their location. Placed found that 63 percent of car shoppers engage in “showrooming,” while physically shopping at an auto lot.

Here are some other stats:

The study offered advice to dealerships that have to deal with showrooming:

Retailers that understand this behavior can work to retain mobile shoppers on their lot by presenting alternative inventory options, price-matching and proactively communicating reasons for price variables, such as added features. Selling the dealership’s unique value and working transparently with shoppers who engage with their smartphones is critical. For competing dealerships, a strong mobile presence with well-merchandised inventory and special offers drives opportunity to conquest showroom visitors.