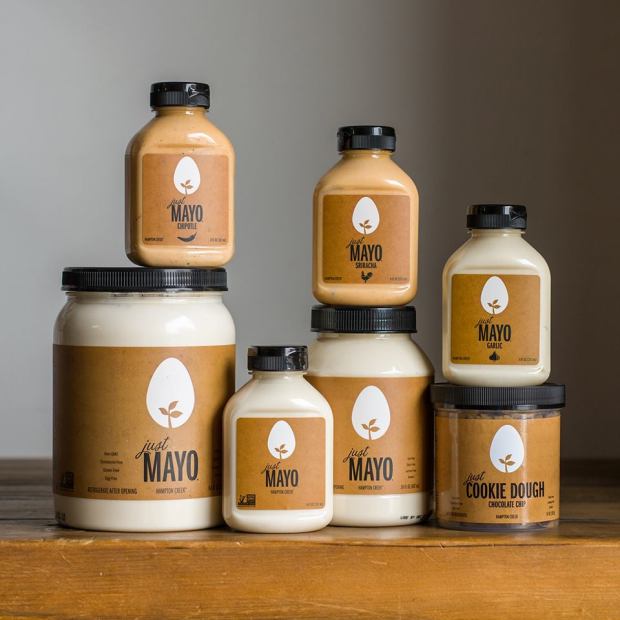 Unilever, the third-largest consumer packaged goods company in the world behind Procter & Gamble and Nestle, is suing Hampton Creek for having the nerve to call its main product “mayo,” even though it doesn’t contain eggs.

Basically, it’s claiming that their plant-based product, “Just Mayo,” is deceptive because it doesn’t contain eggs. Unilever, which owns both the Hellmann’s and Best Foods brands, is asking the court to remove Hampton Creek’s products from Walmart, Target, Safeway, Costco and Kroger, among other retailers, reports EatDrinkPolitcs.com.

Just Mayo is Hampton Creek’s first product, which displaces egg with plant-based proteins. Another product, “Just Cookie Dough,” has become popular because it has no eggs and therefore won’t give you salmonella even when eaten raw.

Hampton Creek is taking the fight against Unilever public, by asking its fans to support the company. The approach seems to be drawing considerable attention. On Facebook, it announced yesterday it had received more than 18,000 messages in a 24-hour period in support, adding “This is your movement.”

It also published a very passionate seven-page PDF explaining why you should care that mayo is made from plants — not eggs. It says raising chickens increases carbon emissions, water usage, and other non-environmentally friendly things. Plus, eggs contain more cholesterol and fat, so they are less healthy.

But do not be mistaken.

This fight has everything to do with sales.Unilever admits to just that in the lawsuit: “On information and belief, Just Mayo already is stealing market share from Hellmann’s.”

The odd part of this story is that after Unilever filed the lawsuit, the company’s VP of marketing reportedly sent Hampton Creek a note of congratulations. In it, he wrote: “Love what you are doing….Very much in line with our Unilever Project Sunlight #brightfuture philosophy.”

Hampton Creek’s CEO Josh Tetrick forwarded the email to a reporter at Fortune to verify its existence.