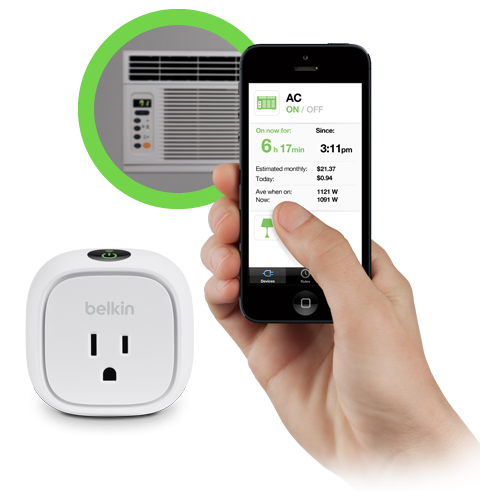 Another California tech company is setting up shop in Seattle.

This time, Los Angeles-based Belkin announced today that it is opening a research and development center called WeMo Labs that will work in conjunction with the University of Washington.

The new office will focus on developing sensing and machine learning technologies for Belkin, which has a home automation ecosystem called WeMo.

Belkin already has employees in the Seattle area. Back in 2010, the company acquired an energy and water-sensing technology startup called Zensi that University of Washington professor Shwetak Patel helped create.

Patel then became Belkin’s Chief Scientist, as the company — which has historically built consumer hardware products — used his research to move into the connected home space.

Then, in 2013, Belkin acquired networking company Linksys, which had a small development team in Seattle. Belkin kept that team and it ultimately became the starting point for WeMo, which has been operating in stealth mode for the past year.

Now, though, Belkin is looking to add up to 20 employees to the 25-person team. Patel, a former GeekWire Newsmaker of the Year and co-founder of another connected home startup called SNUPI, will work closely with WeMo Labs as it expands.

In an interview this morning, Patel said that Belkin picked Seattle to build out the WeMo Labs team because of the talent available and proximity to the UW, a school with a renowned computer science program and several faculty conducting research in the “Internet of Things” space.

“Seattle is an amazing place for companies to set up shop because we have an amazing combination of hardware, software, and embedded systems talent,” Patel said. “Also, the ease of which people can collaborate with the University of Washington in general made it really appealing for Belkin.”

Belkin is just the latest company to open up an engineering outpost in the Seattle region. Earlier this morning, GeekWire’s John Cook put together a long list of all California companies now with a presence in the Emerald City.