Is there anything Shwetak Patel can’t do with a home electrical system? We’re often left pondering that question after hearing about the latest high-tech exploits of the University of Washington assistant professor and his collaborators. 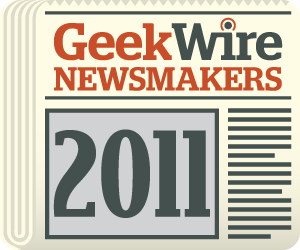 Patel in September was named one of 22 MacArthur Fellows, commonly known as the MacArthur Genius Award. The prize comes with $500,000 — no strings attached.

An assistant professor in the UW departments of Computer Science & Engineering and Electrical Engineering, Patel is one of our 2011 GeekWire Newsmakers. We’re introducing a newsmaker every weekday throughout the month in preparation for the GeekWire Gala on Dec. 8, where we’re inviting everyone from the tech community to join us to celebrate the past year.

Among Patel’s inventions: A device that can detect noise on electrical systems to monitor the energy usage of specific appliances and electronics in homes. Zensi, the company founded on that technology, was acquired last year by computer peripheral company Belkin from Patel and his colleagues from Duke and Georgia Tech.

More recently, Patel has been working on a way of using electrical wiring as an antenna to receive signals from a variety of low-powered sensors around the home, to monitor conditions such as air quality. For more on his work, listen to our interview this summer on the GeekWire radio show and podcast.

Spin-off research includes the “Humantenna” project, led by UW student Gabe Cohn, which uses a receiver on the human body to determine a person’s position in relation to electrical noise emanating from a home’s wiring system — like Microsoft’s Kinect motion sensor, without the need for the Kinect hardware.