Some of the renovations made to the University of Washington’s new Husky Stadium in Seattle are easily noticeable. There is no longer a track separating the first row of fans from the field. There are many, many more concession stands and bathrooms. And those rickety wooden bleachers have finally been replaced.

Other changes, though, are more difficult to point out — namely, the massive under-the-hood technology upgrades that have turned Husky Stadium into one of the more geeky places in the world to play football.

We had a chance to attend a UW game last month to find out what’s different from a technology perspective at Husky Stadium, which re-opened in the fall of 2013 after a one-year, $250 million renovation.

For starters, the university installed a Cisco-based network that isn’t even comparable to what existed in the old stadium.

“Now we have the Ferrari of networks,” said Trevor Baglien, who’s in his 17th year directing the IT team at the UW’s athletic department. “The old stadium would probably be a Yugo.”

There are now 15 or so networks responsible for running a variety of services on game day, from the 674 TVs around the stadium to the point-of-sale systems used by concessions to the actual Internet provided for the media and athletic department employees.

This has enabled the athletic department to offer new amenities to fans, like finally allowing credit card payments at concession stands, for example, or streaming content with a new IPTV system to the flat-screen TVs installed all around the stadium.

Jonathan Soriano, the design director of digital displays, is responsible for managing the content that shows up on those TVs — concession menu items, in-game replays, statistics, advertisements, etc. 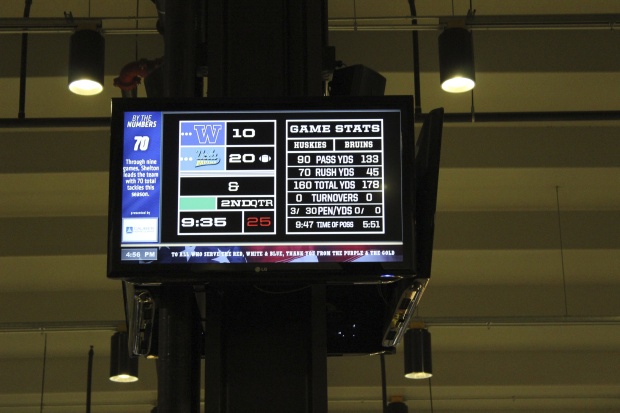 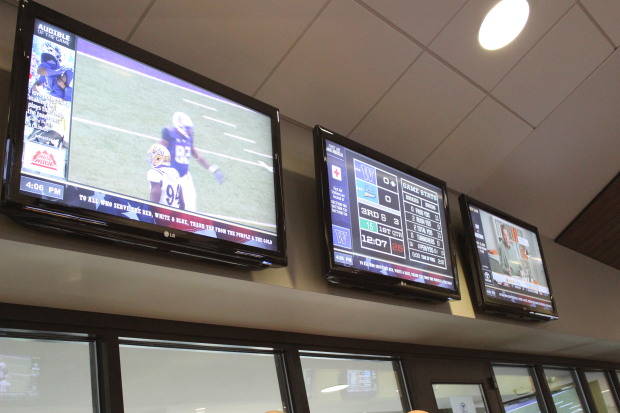 The TVs are equipped with a Windows 7 computer and software inside called InfoCaster. 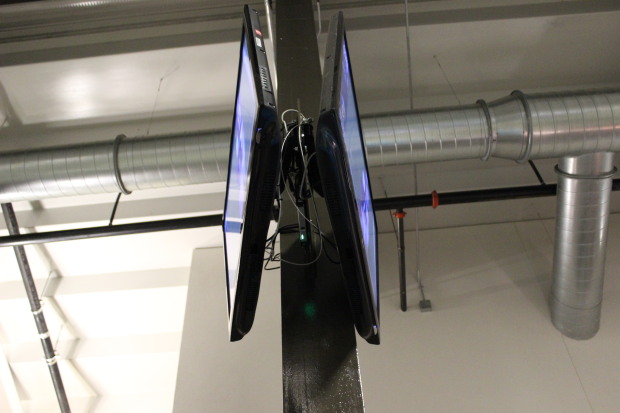 During the week before gameday, Soriano works with advertisers and his colleagues to prepare content that appears on the left and bottom rails of each TV. During the game, he can control what’s showing up on each TV from his perch high up near the press box on the south end of Husky Stadium. 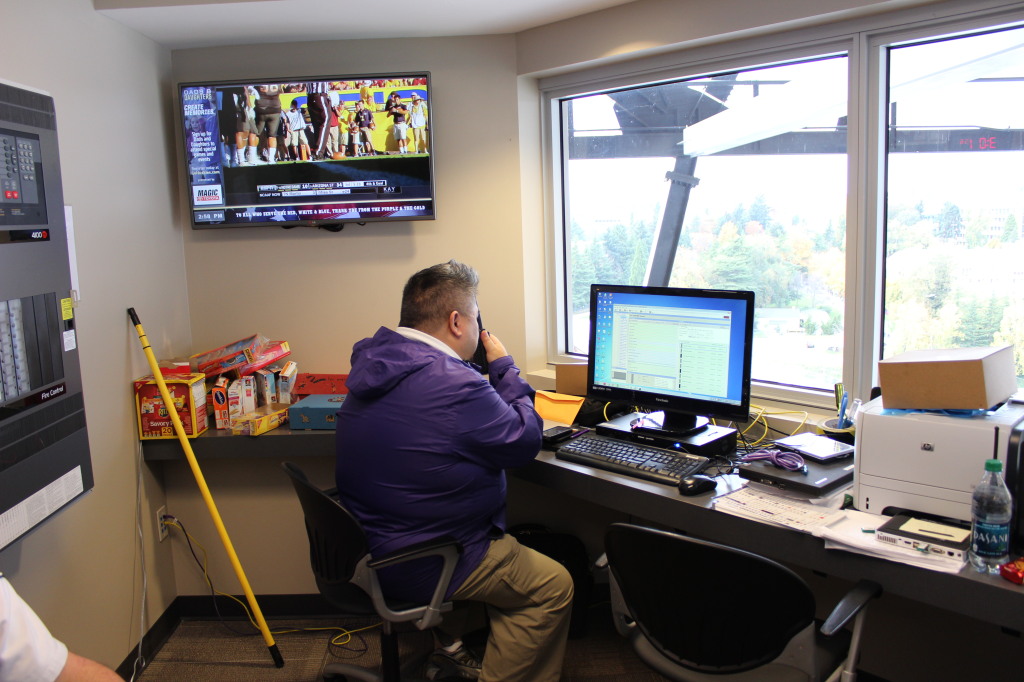 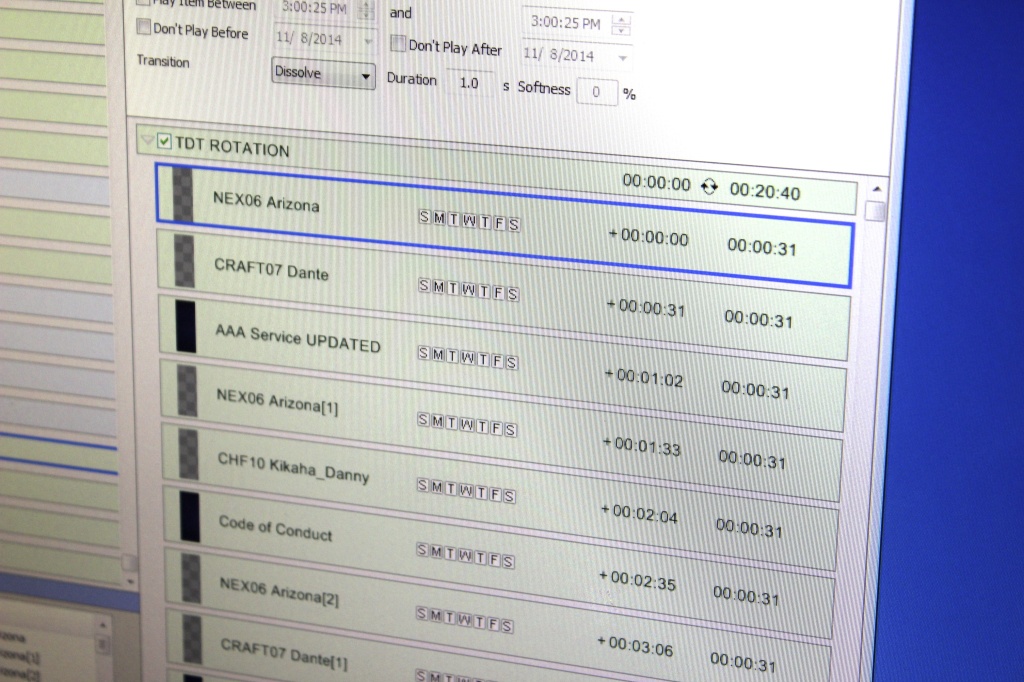 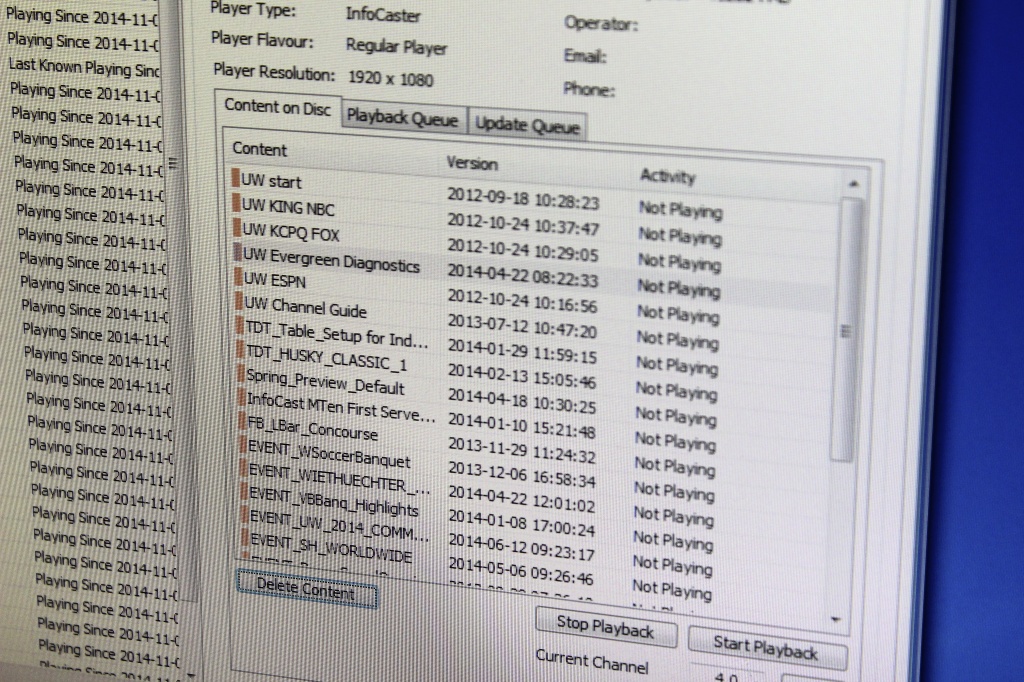 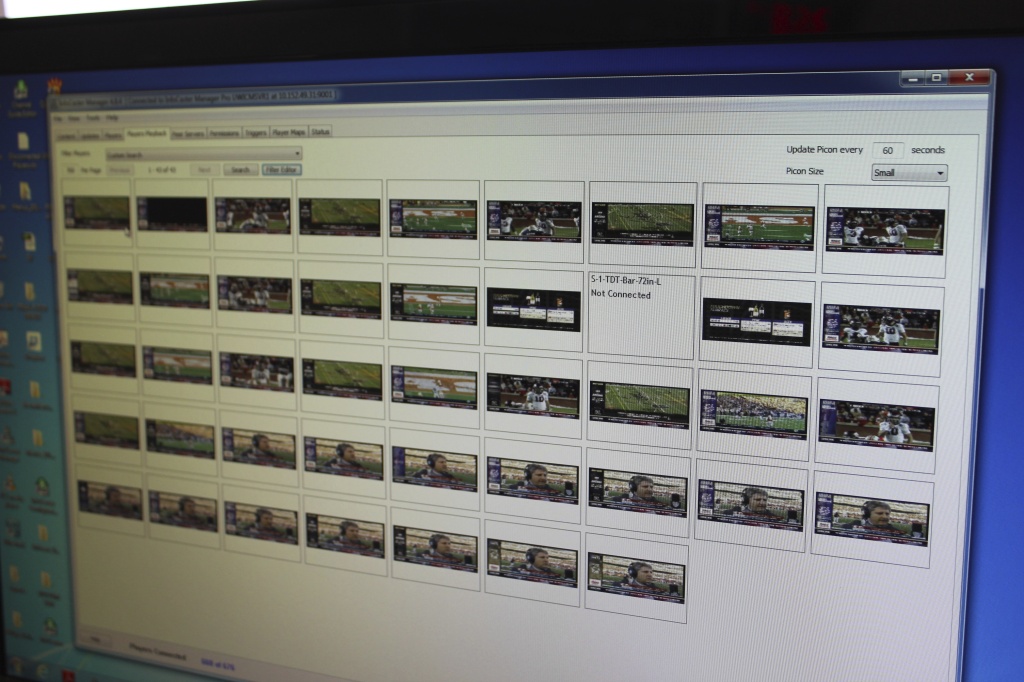 Soriano said that he previously was focused on doing graphic design for the athletic department, but tech improvements at the new stadium essentially created a new full time gig of creating and directing content for the 674 TVs.

“It’s become my full time job to manage the whole system,” he said.

Wes Gray, a computer support technician with the athletic department, noted how the old Husky Stadium only had one TV — the replay video board.

“All we did before was make sure statistics got to the big board,” he said. “That was the main thing. Now, there’s so much more technology.” 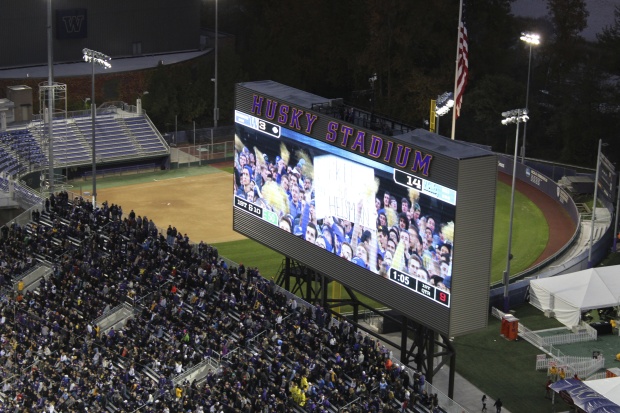 Soriano doesn’t control what shows up on the big screen — that’s the job of a small group of people huddled inside a room in the bowels of Hec Edmundson Pavilion, the UW’s basketball arena located adjacent to Husky Stadium. 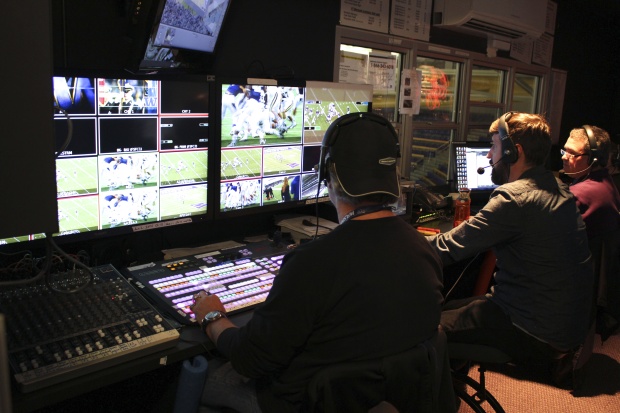 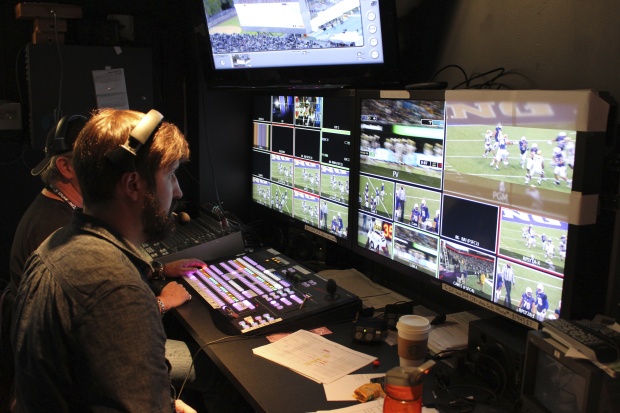 The video around Husky Stadium has obviously been improved. But the audio system was also upgraded, too.

A team of sound engineers sit near the press box during gameday and control audio levels coming out of individual speakers, whether it’s in the main bowl, the concourse, the suites, or the bathrooms.

“As it fills in, we get louder,” said Peter Young, the lead audio engineer. “People coming in will absorb the sound and we have to compensate for that and make adjustments.

Young has worked with the Husky Stadium audio system for 20 years and is certainly impressed with the upgrades. 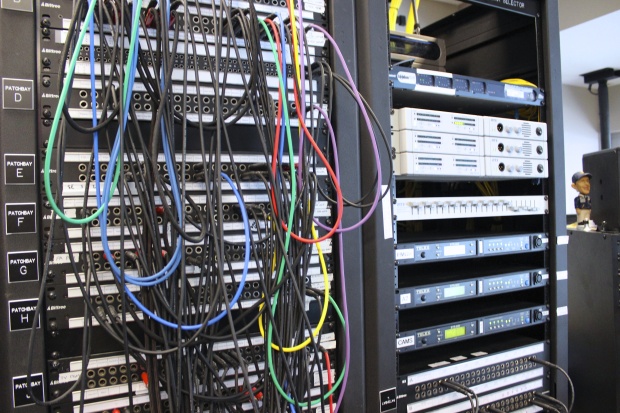 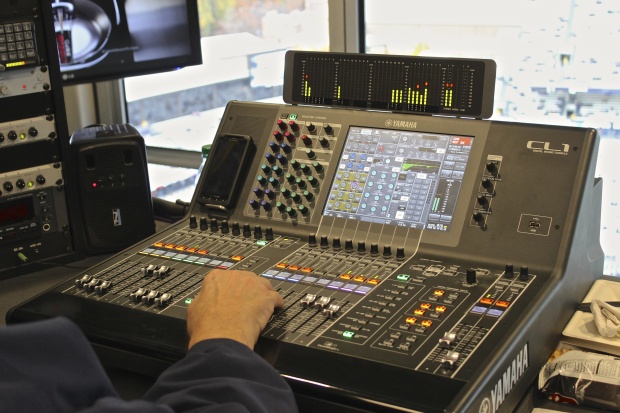 As far as a WiFi system for fans, the UW has yet to install something that’s available at other stadiums and arenas around the nation. Erik Jones, the CTO at the athletic department, said that his team is still considering whether installing WiFi would be a smart investment, particularly as cell carriers set up their own solutions.

To help improve in-game mobile connectivity — a typical complaint at sporting events — AT&T installed a DAS for its customers, while Verizon set up a portable cell phone tower (COW) at the stadium for the 2013-14 season.

Jones, who was named CTO earlier this year, noted how there are several potential tech-related projects on the table with the infrastructure now in place at the new Husky Stadium.

Jones wouldn’t go into much detail about potential new services, but noted how these conversations wouldn’t even be possible without the upgraded stadium.

“We want to make the lives of fans easy when they come to the venue,” he said. “We want something that makes the game day experience more fun, beyond the richness of actually looking at the game on the field.”