Are you still running Windows XP? Are you ready for Tuesday?

More than 12 years after Windows XP’s release, Microsoft will officially end support for the aging operating system on Tuesday, April 8 — three days from now. That means no more security updates. Yes, of course, Windows XP machines will continue to run. But when hackers find a flaw in the operating system, Microsoft will no longer even attempt to prevent them from exploiting it.

Determined to stick with it? You’re not alone. More than 27 percent of computers worldwide are still running Windows XP, according to Net Applications data, and even if there’s a rush to buy new PCs in the next few days, that number is likely to stay in the double-digits for a long time to come.

Microsoft has been offering promotions and incentives to get people to buy new Windows machines. But if Windows XP is becoming a rough neighborhood, Windows 8 is like a foreign land.

The company has made many improvements for keyboard-and-mouse users with the second update to Windows 8.1, which also happens to be scheduled for release next Tuesday. Still, especially for someone moving from Windows XP to a new Windows 8.1 PC, the change can be difficult. 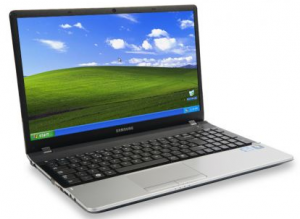 What about upgrading your existing Windows XP machine to the latest version of Windows? Yes, it’s possible, but it’s a hassle. You can’t do a simple ‘in-place’ upgrade from XP to Windows 8.1. Instead you have to save your files on an external drive, make a clean install of Windows 8.1 on your old machine and then bring the files back.

Or you can upgrade to Windows 8 first, if you can get your hands on it, which lets you keep your files, but not your settings.

Migration software is available, but at a cost. (The Windows XP end-of-life is looking like a boon for Bothell-based Laplink Software, maker of PCmover.)

Another option: Dell, HP and some other computer makers still offer Windows 7 on a limited selection of PCs.

Of course, Microsoft’s challenge is that there’s a lot more to the world than Windows these days. Those new Google Chromebooks are perfectly fine for many people. If you want to try something different, there’s always Linux.

And did you hear that Microsoft just released Office for the iPad?

If you’re facing this deadline at home or work, good luck. And let us know in the comments what you plan to do. You can count on us for some moral support, at least.