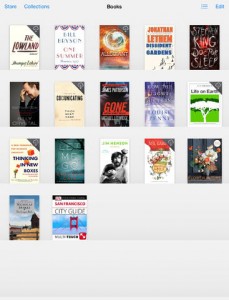 Apple has reached a settlement in an antitrust lawsuit brought by state Attorneys General and consumers over e-book price fixing, according to a filing with the U.S. District Court for the Southern District of New York.

Steve W. Berman, an attorney for Hagens Berman, which represented the plaintiffs, filed a letter with Judge Denise Cote saying that the parties in the case had reached an agreement to settle their cases against Apple.

Today’s agreement comes almost a year after Cote initially ruled that Apple was guilty of breaking the Sherman Antitrust Act. The full details of the settlement were submitted under seal, so it’s not clear how much money Apple is slated to pay out, and to whom. Apple is still appealing Cote’s ruling, and any payout it makes under the terms of the settlement is still contingent on the result of its appeal.

Now, the parties need to submit a filing to Judge Cote seeking approval of the settlement within the next month.

Cote found Apple ran afoul of the law because of how it set up contracts with the big 5 U.S. book publishers. The company allegedly used an agency pricing model that would allow publishers to set e-book prices on the iBookstore and give Apple a 30 percent cut of the sales. The agency pricing agreements also came with a “Most-Favored Nation” clause that required publishers to match the lowest price on the market.

That, in turn, encouraged publishers to push for increased prices from other vendors, including Amazon, which is how Apple ended up getting sued, alongside the five publishers who made the agreements.

The settlement could be a sign that Apple, which until now has taken a fairly defiant stance in the case, is becoming more pragmatic. While the company is still pressing forward with its appeal, it seems like Apple and its legal team may think the writing is on the wall when it comes to the outcome of this case.

The full letter is embedded below: