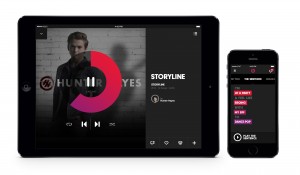 Apple may sunset the Beats Music brand it acquired earlier this year, according to a report by TechCrunch’s Josh Constine. Citing several high-level engineers at the Cupertino-based company, the report said that many Beats Music engineers have already been reassigned to other projects, while Beats Music head Ian Rogers has also been put in charge of iTunes Radio.

However, Apple will continue to offer a streaming music service, even if it doesn’t keep the Beats Music brand around, Re/code reported. Right now, the Beats Music service provides on-demand streaming of any song from the Beats music library for a monthly fee, along with curated playlists of music and a Pandora-esque radio service. It seems likely that Apple would keep at least some of those features in whatever product would replace Beats Music, considering how much praise Apple CEO Tim Cook has heaped on the curated playlists feature.

Shutting down the Beats Music brand makes a certain amount of sense for Apple. The company usually prefers to keep its offerings very streamlined, and having two different music brands (iTunes and Beats) doesn’t fit with that tendency. But completely ditching all of Beats’s features doesn’t make sense either, especially as subscription music services like Beats, Spotify, Rhapsody and Rdio become more and more popular.

It could also have the added benefit to Apple of requiring people to use the company’s products if they wanted to access the streaming service. Right now, Beats Music is available on Android and Windows Phone in addition to iOS, and Apple usually tries to restrict its services to its own platforms unless there’s some compelling reason not to.

As for what’s next, Apple is reportedly planning a big music event for the first half of next year.

A representative for Apple did not immediately respond to a request for comment on this report.