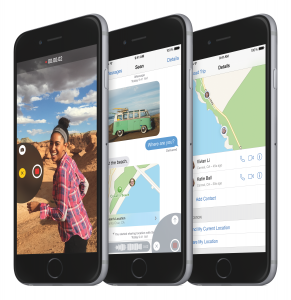 Apple has begun offering ex-iPhone owners a way to escape its iMessage service, thanks to a new support page the company released.

The messaging service, first introduced in iOS 5, brings a lot of benefits to its users: it was rated as one of the most secure consumer messaging apps by the EFF, and allows people to easily get messages on all their Apple devices.

But when iPhone owners switched away from Apple’s service, they often failed to receive text messages from friends who use iPhones. That’s a huge problem for anyone who switches to an Android or Windows Phone handset. Now, people can visit the company’s new support page, and easily deactivate the service.

If they still have an old iPhone, all it takes is inserting a SIM card into the old device and switching iMessage off in Settings. If they have traded in or sold their old phone, they can now enter their cell phone number on the page, along with a verification code Apple sends to them via SMS, and get their phone number deregistered that way.

Theoretically, that should be enough for people to get messages from iPhone-toting friends sent to new non-Apple phone. There’s one wrinkle: it’s also possible to link email addresses to iMessage, and it’s unclear if going through this process will also remove those listings from the service. If people send their iMessages to an email address, they may still get routed through Apple rather than through SMS.

There’s an easy enough fix for that, thankfully. Users can just start a new conversation using a friend’s phone number to ensure that it gets routed as a text message.