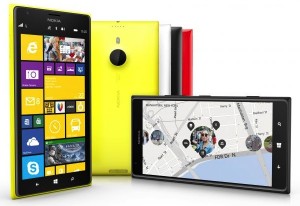 One of the major problems facing Windows Phone is the relative immaturity of its app ecosystem. Microsoft has worked hard to encourage developers to work with the platform, but many aren’t releasing top apps for Windows Phone at the same time they’re launching apps and features for Android and iOS.

To combat that, Microsoft may allow Windows Phone devices to run Android, according to a new rumor. Eldar Murtazin, a Russian tech blogger and analyst, tweeted earlier today that “MS adopted VM for execution of Android apps on WP. All Lumia devices will support it.” Murtazin has a pretty good track record when it comes to these sorts of rumors, which means there’s a good chance Microsoft is at least investigating Android emulation.

Doing such a thing should be technically feasible. All Android apps run in a virtual machine, and BlackBerry already supported Android app emulation on its ill-fated PlayBook tablet. With its acquisition of Nokia, Microsoft already has a line of Android devices available through the Nokia X brand, so the company clearly has Android expertise at the ready.

Microsoft did not confirm or deny the rumors.

“There are a lot of rumors out there about our plans for the future, but we believe Windows Phone is the best platform for developers to create rich, differentiated apps and for users to get the most personal experience of any platform,” a Microsoft spokesperson told GeekWire via email. 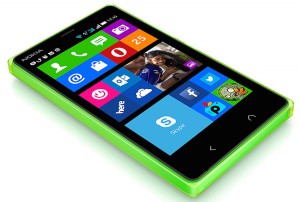 But there are still a number of lingering questions about running Android apps on Windows Phone. First and foremost, it’s unclear how Microsoft would plan to get Android apps onto a device. Manually downloading and installing an APK file isn’t the easiest thing in the world to do, which means that Microsoft would want some sort of app store for Android apps.

Introducing Android support to Lumia devices could draw more Android developers to publish their apps on the store used by Nokia X devices, but that wouldn’t give consumers instant access to the massive Android catalog available through Google’s Play Store.

Android OEMs that want to license the Play Store have to license other Google apps and products like Gmail and Google Hangouts, which is probably something Microsoft wants to avoid. What’s more, Google might not be willing to make a deal anyway, since Microsoft already gets licensing fees for patents that Android allegedly infringes.

On top of all that, BlackBerry’s experiment with the PlayBook showed that getting Android emulation right is hard. The system was plagued with bugs, and apps often crashed or broke without warning. It may not be worth adding Android capability to Windows Phone if the apps don’t work right.

There’s also a question about what a move like this could do to the developer ecosystem for Windows Phone. If developers looking to cover all their bases just need to write one app to run on both Android and Windows Phone, that won’t solve the problem of Windows Phone lacking native apps. That, in turn, could limit customer lock-in. If people are primarily using Android apps on their Windows Phone devices, they may not feel the need to stick with Microsoft’s operating system in the future.

What do you think? Should Microsoft start supporting Android apps, or stay the course with native Windows Phone apps only? Let us know in the comments.