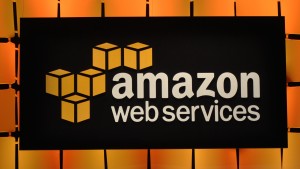 Environmentally-conscious cloud users got good news today: Amazon has pledged to get all of its data centers running entirely on renewable energy. In a new post on the AWS website, Amazon said that the company has made a “long-term commitment to achieve 100% renewable energy usage for our global infrastructure footprint.”

The company also took a moment to promote that infrastructure as a way for other companies to reduce their own resource usage. AWS data centers make it possible for people to pool their resources and run workloads in massive, more efficient data centers, rather than building out their own infrastructure that can be harder on the environment.

All of this comes after Amazon was criticized by Greenpeace in the organization’s “green Internet” report because of its data centers’ current power sources. AWS was blasted for not being more transparent about its energy practices.

Amazon joins a number of other companies that have already made a similar commitment, including Microsoft, Google and Apple. There’s no shortage of ideas about how to improve energy efficiency at these data centers already – Microsoft Research is working on a project that uses rack-mounted fuel cells to power server banks, and Google is using machine learning to increase efficiency.

In a statement responding to Amazon’s announcement today, Greenpeace said the news “represents a potential breakthrough toward building a green internet.”

“However, Amazon’s customers will need more information to be sure that AWS means business about renewable energy,” added Greenpeace in the statement. “AWS should offer a plan for how it will implement its ambitious new commitment across its footprint. Apple, Facebook and Google, three of Amazon’s peers and rivals, all have laid out road maps that explain how they intend to achieve their goals of procuring 100% renewable energy.”

Right now, companies that want to run their jobs in carbon-neutral data centers can use Amazon’s US West (Oregon), EU (Frankfurt) and AWS GovCloud regions. Amazon hasn’t given a timeline for the completion of this renewable energy deployment, nor any more defined information about what energy sources it plans to use.