At least one company is trying to capitalize on Amazon’s announcement this morning that it was raising the price of Amazon Prime to $99 a year. 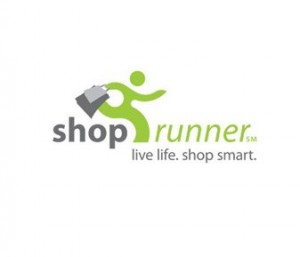 ShopRunner, which offers free two-day shipping across a number of online stores, including GNC, PetSmart, Neiman Marcus, Toys R Us, told GeekWire this morning that it will be giving away free one-year memberships to unhappy Amazon Prime customers.

“If anyone feels that Amazon isn’t filling your needs, you are welcome to try ShopRunner,” said Fiona Dias, ShopRunner’s chief strategy officer, in an interview. “It is our guess that there is a fairly decent chunk of Amazon Prime members who will decide it’s not for them anymore.”

Amazon sent notices to its customers today that it was increasing the cost of prime to $99 a year from $79. The move was expected, and Amazon lessened the blow by previously saying it was considering raising the price to as much as $119 a year.

The Seattle online retailer cited both fuel and transportation costs for the first increase in nine years. In that time, it has not only increased the number of eligible items to more than 20 million, but it has also added access to over 40,000 movies and TV episodes with Prime Instant Video and a selection of over 500,000 books to borrow from the Kindle Owners’ Lending Library.

Dias said it is not disingenuous to blame shipping costs on the increase since that is valid, but it’s also not the whole story.

“It’s a matter of proportion,” she said. “Sure, shipping has gone up over the years, but the tens of millions they are spending on video to go after Netflix, that’s a much bigger investment in money and resources, so I think that’s what’s driving the price increase.”

ShopRunner, which is headquartered outside Philadelphia in King of Prussia, will be giving Amazon Prime members access to a free ShopRunner membership, and will guarantee that after the first free year that they will only pay $79. ShopRunner doesn’t require minimum order sizes and returns are free. The sign-up site goes live at 1 p.m. today.

ShopRunner will be asking users to verify that you are indeed an Amazon Prime customer. The company already offers American Express card holders free accounts, but this is obviously a move for a much bigger grab of customers. Dias says that ShopRunner currently has more than a million customers, but declined to disclose specifics.

In October, ShopRunner raised $206 million in new funding to rival Amazon. Investors in the round included Chinese e-commerce giant Alibaba and American Express.

Shipping has become a key battleground in online commerce with others experimenting in the space, including Google, eBay and various start-ups, such as BufferBox and Shutl.