Jeff Bezos wants to make books more affordable — a goal that he says will actually help authors increase their profits.

The public battle between the companies lasted six months and concerned the pricing and profit margins for e-books. Amazon and Hachette reached a multi-year agreement last month, ending a bitter back-and-forth spat that saw Amazon remove pre-orders for Hachette books and delay delivery to customers since May.

“It’s an essential job of any retailer to negotiate hard on behalf of customers,” Bezos said today. “That’s what we do and we have to keep doing it. It’s part of our job.” 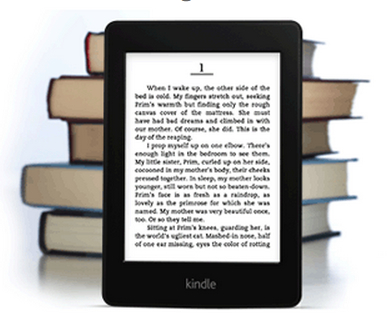 Bezos said that “$30 for a book is too expensive,” and noted how books don’t just compete with other books in terms of time spent for a consumer — they compete with reading news articles, playing video games, watching TV, going to the movies, etc.

“If you narrow your field of view and only think about books competing against books, you make really bad decisions,” he said. “If we want to have a healthy culture for long-form reading, you’ve got to make books more accessible — and part of that is making them less expensive.”

Bezos said that it’s all about “reducing friction” for long-form reading, which he noted is “a big commitment.”

“The Kindle is trying to reduce friction for reading a whole book, and it’s working,” he explained. “The vision for Kindle is to have every print book in any language available in 60 seconds. That’s a multi-decade vision and we’ve been working on it for a decade now and have made huge progress. We are making books easier to get, more affordable, and more accessible.”

Blodget pointed out how cheaper books sounds great for the reader but maybe not so much for the author, “who kind of wants to write a book but can’t quit their job unless they have a nice advance from a big rich publisher who you’re quietly demolishing,” he noted.

“The facts are wrong,” Bezos responded. “Publishers are having unparalleled profitability. The book industry is in better shape than it ever has been and it’s due to e-books.”

The Amazon founder then noted how “it’s very difficult for incumbents who have a sweet thing to accept change” and how it’s easy for people to glamorize the past — “fake memories of how great things used to be,” he said.