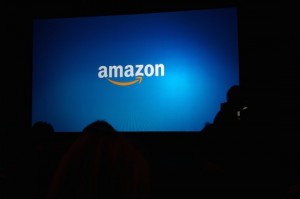 Terms of the deal, which was first reported by Reuters, were not disclosed. The 10-person startup will join Amazon’s Audible group, which sells audiobooks.

Audible CEO Donald Katz confirmed the acquisition to Reuters, saying that he was attracted to the San Francisco company for its content as well as its pool of comic talent. While the acquisition is clearly on the small side, it will help Amazon fill out its digital content library as it competes with Netflix.

It also may help bring in additional revenue, although that’s not clear. On Rooftop Media’s website, it explains it is also focused on creating new revenue opportunities for performing artists and their live recordings. Its platform distributes live and on-demand recordings to various media channels.

Those channels include iTunes, Pandora, SiriusXM, Spotify, AOL and Amazon.