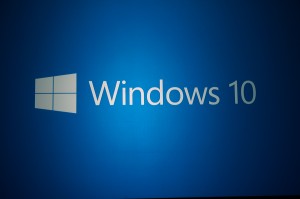 Two weeks ago, Microsoft launched the Windows Insider Program, a program that allows users to download and install Windows 10, the next version of the company’s operating system. Since its unveiling, the program has picked up one million members who want to get a feel for the cutting edge, according to a blog post from the company.

So far, the program has generated 200,000 pieces of user-initiated feedback from its users, which will be put to use in refining Windows 10. Those are coming from an install base that’s 64 percent PCs, with the other 36 percent of installs running in virtual machines. 68 percent of users are launching at least 7 apps every day, with about 25 percent of devices launching more than 26 apps per day.

That’s a good sign for the Redmond-based tech giant, which is hoping that this update will bring customers back into the fold after Windows 8 failed to reach broad appeal. The technical preview is oriented towards enterprises and power users who want to get a feel for the interface and performance changes in the new OS. The usage numbers are also a good sign, because it means that Microsoft will be able to glean plenty of feedback from users.

Still, there’s a long road ahead before consumers will see the fruits of these labors. Microsoft said that it plans to release Windows 10 next year, at least after its Build developer conference.