Starting today, if you like the look of a restaurant on Yelp, you’ll be able to order food and get it delivered right to your door without even leaving the review site.

This morning at MobileBeat, Yelp CEO and co-founder Jeremy Stoppelman announced that Yelp is moving into the home delivery business.

The program he announced, called Yelp Platform, will begin with a partnership between Yelp and delivery companies Eat24 and Delivery.com, but the company hopes to move beyond that in the future.

“We’re planning to bring in lots of different partners and verticals,” Stoppelman said. He emphasized that the company wants to make the platform as open and accessible as possible, rather than selectively partnering with a few particular services. 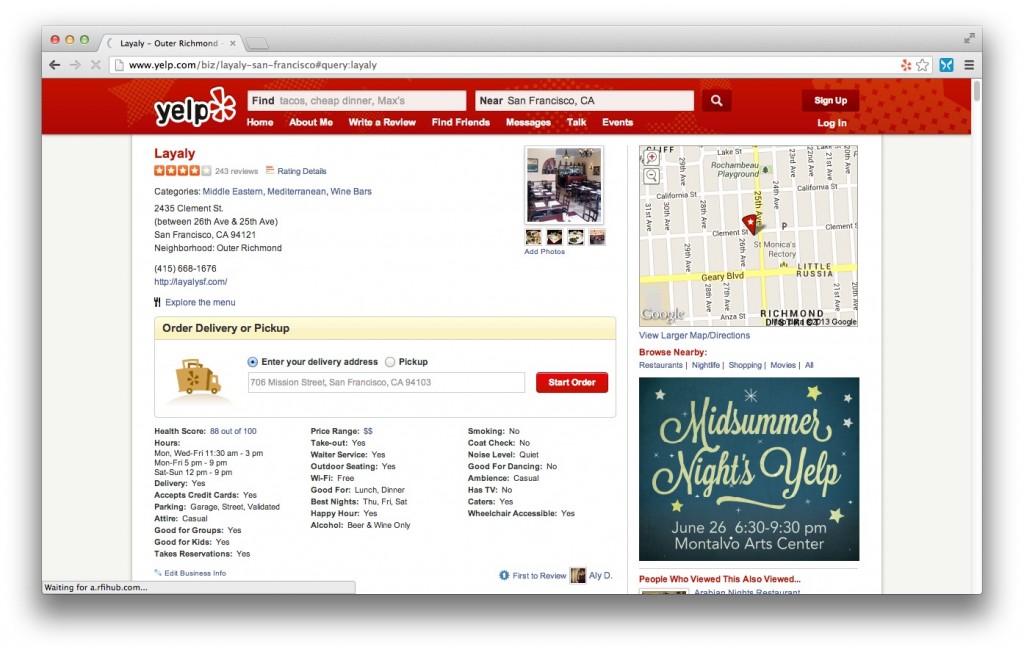 To use the service today, just go to the Yelp page of a restaurant served by either of the delivery partners, and enter all of the information Yelp asks for.

Ultimately, Stoppelman said, the company wants to become a hub for local shopping, in much the same way it has claimed a huge chunk of the local reviews market.

“If I think about the grand vision, you have an Amazon 1-Click for online shopping, but you don’t really have a 1-click for local,” Stoppelman said. Amazon has experimented with the delivery of pre-cooked meals, but it has yet to really biet off the food delivery business model, instead focusing on grocery delivery through its Amazon Fresh unit. Meanwhile, Seamless and GrubHub — two large online food delivery companies — just merged with Madrona Venture Group’s Brian McAndrews being named chairman.