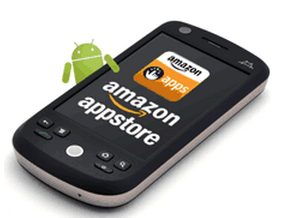 Apple’s trademark lawsuit against Amazon over the use of the phrase “app store” came to an end today, ending one of the more offbeat legal disputes to emerge from the booming mobile economy.

The judge in the case dismissed the lawsuit at the request of both companies, according to court records. The decision clears the way for Amazon to continue using the name Amazon Appstore for its service.

In 2011, the Cupertino-based company had sued Amazon, claiming that the Seattle company’s use of “appstore” for its Android app marketplace created confusion and constituted infringement upon Apple’s trademark of “app store” for its digital storefront.

In the end, it sounds like Apple decided the disagreement was moot. A report by Reuters quotes Apple spokeswoman Kristin Huguet saying, “We no longer see a need to pursue our case. With more than 900,000 apps and 50 billion downloads, customers know where they can purchase their favorite apps.”

Amazon spokeswoman Mary Osako tells the news service, “We’re gratified that the court has conclusively dismissed this case. We look forward to continuing our focus on delivering the best possible appstore experience to customers and developers.”

Microsoft and Apple were engaged in a similar dispute over the “app store” name, but it was put on hold pending the outcome of the Amazon-Apple dispute. We’ve contacted Microsoft for an update on that case.