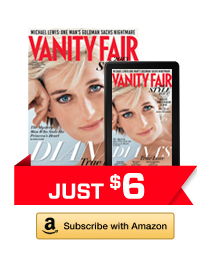 Moving further into the world of publishing, Amazon.com this morning announced a deal with Condé Nast to sell and oversee “All Access” print and digital subscriptions for the magazine publisher’s titles, initially including Vogue, Vanity Fair, Glamour and WIRED.

The digital magazine subscriptions will be available not just through Amazon’s Kindle Fire but also on the iPad and Google’s Android tablets.

The agreement is the first of its kind between Amazon and a magazine publisher, according to Reuters. It will give subscribers the option to manage their print and digital subscriptions to the magazines entirely through Amazon.com if they wish.

Amazon says the iPad subscription can be access via the Kindle app for iPad or through a standalone magazine app accessed via the App Store.

The agreement gives Conde Nast broader access to Amazon’s customer base, but also gives more power to the online retailer in the publishing world. Amazon will take an undisclosed share of revenue from the all access subscriptions that it sells. Reuters reports that the publisher will have access to the same level of customer information as if selling the subscription directly.

The companies are launching the new program with a promotional offer to receive six months of issues plus digital access for $6 or less per title.