Need to catch up? Here’s a roundup of highlights from GeekWire this past week, with news, nuggets and other commentaries. As you can see from the links below, it was a huge week of tech news, as things really got rolling before Turkey Day with new game consoles and more.

Yes, you can: How to play Xbox 360 games on Xbox One. Microsoft’s release of the Xbox One was by the far the biggest news story of the week on GeekWire, and Taylor Soper’s report certainly provided some useful tidbits. In fact, five of the top 10 stories on GeekWire this week related to the Xbox One or Sony PS4, including a fun review by GeekWire’s Taylor Soper and Todd Bishop. All coverage here.

Startup Seattle funding avoids City Council budget axe, allowing initiative to proceed. City of Seattle moves ahead with proposal to support the startup community, despite objections of council member Nick Licata who earlier questioned whether members of startup community were socialists and worried about creating city positions “that are ill-defined.” 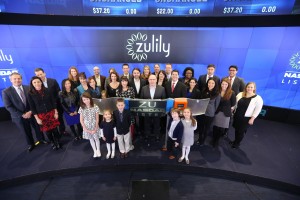 Zulily’s first week on Wall Street: Stock down 7%, market value still tops $4B. Who said daily deal sites are dead? After a successful IPO, Seattle’s Zulily puts to rest that it is just another LivingSocial.

Bill Gates explains what Microsoft needs in a new CEO “We’ll have to build on our strengths while addressing areas that we’ve got weaknesses or challenges. The person has to have a lot of comfort in leading a highly technical organization, and have an ability to work with our top technical talent to seize the opportunities.”

CenturyLink buys Tier 3, creates Cloud Development Center in Seattle area. Tier 3 founder Jared Wray: “We were able to ‘out innovate’ the market on a startup budget, but the obvious next step for us is to become a much bigger cloud.”

Monica Guzman: Hatching Twitter: Nick Bilton’s book will change how you look at the tech industry

Next event: Join us for the geekiest holiday party of the season. The GeekWire Gala is taking place Dec. 4th at the Museum of History & Industry, including our 2013 Newsmakers of the Year and 10 Seattle startups displaying their business ideas on giant cocktail napkins. Tickets here.