My husband and I were browsing wahealthplanfinder.org this week, to see if any of these new options were better than our current self-employed health insurance plan, when we realized something.

In fact, wahealthplanfinder.org is one of the best performing state exchanges in the country, with 49,000 enrollments in its first 28 days, well over the White House goal of 23,800 by Oct. 31. 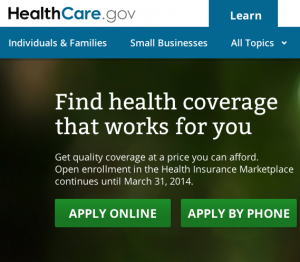 Why has Washington state’s site worked while the other Washington’s site crumbled? The answers offer lessons that any technologist can appreciate, and highlight the gap between how government tends to do things and how technology tends to demand they be done.

The Affordable Care Act, better known as Obamacare, requires that every American have health insurance and calls for the creation of new public marketplaces to get us there. The federal government offered funding to states to build their own exchanges, but 36 states took a pass, opting instead to have their residents use all or part of a federal site that would be developed to pick up their slack. That site, of course, is healthcare.gov. (See this New York Times tracker for a handy breakdown).

Washington state’s site, developed by a quasi-government entity created for the job — the Washington Health Benefits Exchange — has by no means performed flawlessly. It was down for much of its first couple days as staff widened pipes that proved too small to manage data flow within the site. Since then, the biggest headache for users has been customer service call wait times, which average 21 minutes. The staff plans to shorten that by doubling the call center’s staff with the addition of 145 people. Bugs do happen; when I browsed for plans, adding family members one-by-one showed results that including all three of us in a search didn’t return.

The effort has extended beyond the website; Washington Healthplanfinder is on tour, stopping at spots throughout the state to help people find insurance plans.

Meanwhile, pages on healthcare.gov take minutes to load if they load at all, and few users are able to browse options, let alone select a plan. The first time I gave it a whirl this week, it took more than a minute to load the first form. The second time I tried it, I got a message saying the site was down. The federal government has yet to say how many people have enrolled in insurance plans through the site. So yeah. It’s bad.

From the tech perspective: What did Washington do right?

Staff at Premera Blue Cross have an interesting perspective on all this. The insurance provider is headquartered in Washington, which built its own state exchange, but also serves customers in Alaska, which relied on the federal exchange at healthcare.gov. At one point, about 100 Premera employees were working solely on projects related to the launch of the Obamacare exchanges. As Oct. 1 approached, they had a good sense of who was most ready.

“Washington was ahead of the game,” said spokesman Eric Earling.

The biggest risk, by far, was the timeline. After signing on Deloitte last April, Washington had a year-and-a-half to build a complex app that needed to play well with data from providers, government and residents and be so user-friendly that anyone could figure it out.

“The timeline was in many senses unreasonable,” said Bluecrane president and CEO Allen Mills. “There simply wasn’t time to do as much testing as one would normally want to do.”

Bluecrane’s job was to keep everyone focused. From Premera’s perspective, that made a difference. 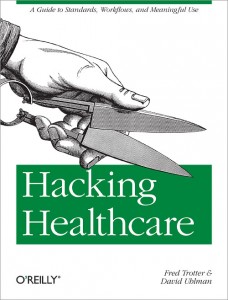 Fred Trotter, healthcare data journalist, developer and author of “Hacking Healthcare,” knows how government health IT projects can go. He’s worked on some. If there’s one thing that’s baffled him about how healthcare.gov rolled out, it’s that it didn’t roll out at all. It let everyone in all at once right from the start.

Wouldn’t it have been smarter to open the site up first to, say, people born in the first week of the year, then to people born in the second week, and so on? But the law’s timeline wasn’t designed that way, and so the technology couldn’t be, either.

“Congress critters view websites as magic,” Trotter wrote in an email. “Since they do not understand what makes Amazon, Google, Craigslist etc. etc. tick, they presume it is just an extension of their own computer experience.

“So they enacted legislation that treats the website like a light switch. One day it’s off… the next day it’s on… No real at-scale website works like that. They are very organic networks of computers that grow to scale organically over years.”

Washington’s exchange, by definition, avoided some of these problems of scale. One state weighs less than 36. But staff were still limited in how they could build up to launch. Some in the WHBE wanted to do a soft launch or beta to a small group of people so they could troubleshoot problems before the big October day but knew it’d be a long shot. Because the federal hub wasn’t ready, they couldn’t get access to the data they’d need to do it. (Lo and behold, a federal data services outage took wahealthplanfinder.gov down as I was writing this story.)

Healthcare.gov has one notable feature that wahealthplanfinder.org does not — a live chat for user support. It was among the features that Michael Marchand, WHBE director of communications, really wanted to see at launch. But there were more important things to get to.

“There are must-haves and like-to-haves,” Marchand said. “The more aggressive the timeline got, the more we had to evaluate scope.”

What you take on determines what you can deliver. One of the most cited differences between healthcare.gov and relatively well-performing state exchanges is whether or not users can browse plans anonymously — meaning, before they create an account. Healthcare.gov requires a log-in to look at plans, putting a massive data demand at the beginning of the process. Washington’s exchange follows Amazon’s model. It gets people straight to the goods without logging on first.

“A bunch of us who’d worked in the private sector, we thought that was a huge miss,” Marchand said of the federal site’s log-on requirement.

Washington’s health insurance marketplace is faring better than most, but WHBE’s job has just begun. There are 960,500 people in the state without insurance and 152 days to go in the enrollment period.

“It’s kind of like driving down the highway when you’re a new driver,” Marchand said. “You’re going the speed limit, but you’re driving defensively, checking your blind spot and not blasting the radio.”

It can take years to build something that works in technology, and only a second to break it. No one working on Obamacare health exchanges can afford to forget it.

Update: Ian Lurie of Seattle-based Portent, Inc. just posted the results of a speed test they put all the Obamacare websites through. Washington’s site earned a C. The highest grade? A B- for Massachusetts.

Update: This post was updated to clarify that Bluecrane provided “project oversight” to the Washington Health Benefits Exchange rather than “project management.”