Dr. Megan Moreno once met a teen who went to bed every night with her smartphone tucked under her pillow and its alarm clock set to 2 a.m. When the phone woke her in the middle of the night, she’d grab it, open her Facebook app, delete any new mean comments, and go back to sleep.

Being a teenager isn’t what it used to be. Neither is being a parent.

Moreno, an adolescent pediatrician and a researcher at the Seattle Children’s Research Institute, leads a team that’s conducted more studies on social media and teen health than anyone — more than 30 studies in six years.

This week she released her first book: Sex, Drugs ‘n Facebook: A Parent’s Toolkit for Promoting Healthy Internet Use.

Ten years since MySpace came on the scene, parents of teens know a lot more than they used to about social media. They know it’s not a passing fad, a childish waste of time or — remember this one? — a hiding place for pedophiles.

It’s easier for parents to understand what teens are doing on the social Web, now that so many parents are there themselves. But the dilemmas they face as parents are not getting easier.

How much do you monitor and how much do you leave private? What do you tell your teen about texting at the dinner table? Should you demand to know her passwords or be her friend on all her networks? What if your 15-year-old posts about liking beer? Your 16-year-old piles on a cyberbullying campaign? Your 17-year-old sends a lewd picture of herself to a boyfriend? Your 12-year-old lies about her age to get a Facebook account?

You knock on your teen’s bedroom door, come in and say … what?

“We’re in this awkward transitional period trying to figure out what kind of communication and interaction seems acceptable,” Moreno said. 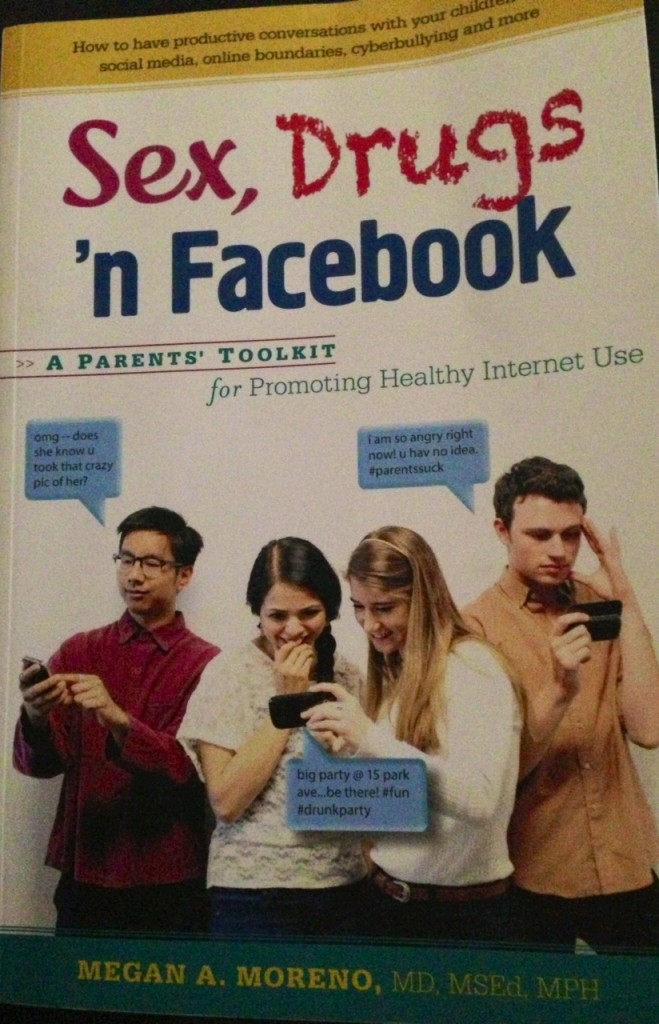 The science around social media, too, is in a kind of adolescence. Not just because it’s relatively new, but because the thing it’s studying is still growing.

But that’s older teens. Among the more refreshing insights Moreno offers in her book is a breakdown of different adolescent stages. At 13, he’s eager to play the expert, show dad how that new app works, answer questions and accept guidelines. In college, he’s OK keeping a link to the adults that raised him now that he’s a bit of an adult himself. It’s those high school years, particularly ages 16-18, where things get tricky. That’s when teens get fluent with sarcasm, pick up on abstract messages and leave the family orbit to hover around their friends.

They’re also quick to point out hypocrisy. It’s do as I say, not as I do: As more parents find themselves glued to social media and smartphones, setting an example for healthy Internet use becomes harder, but more important.

Moreno developed a model based on the concepts of balance, boundaries and communication to help parents navigate risky behaviors and be proactive about it: Balance for ensuring online lives don’t disrupt offline priorities; boundaries for knowing what not to do and what material not to seek; and communication — the toughest and most important — for making sure teens feel they can talk to mom and dad about this stuff when necessary, and vice-versa.

But ultimately her research is about helping teens have better lives. Giving parents tips on how to be good guides is one part of that. Another is understanding the signals teens send on social media that could help health providers identify, understand or even anticipate risky behaviors like depression and substance abuse. Libby Brockman, another member of Moreno’s team, has studied how teens talk about smoking hookah on social channels.

Behind the team’s research is an acknowledgment that the challenges that come with teens’ social media use also present opportunities. Teens say on these services what they won’t always say to parents or doctors. And because teens’ social lives are turned up to 11, what they say makes a strong impression.

Moreno’s team received a supplemental grant last month from the National Institutes of Health to add new research questions to a study that’s been going on since 2011. The reason? Pot legalization. The team is following about 300 student subjects at the University of Washington and the University of Wisconsin through all four years of their college career, evaluating the role of their social media posts as they survey them regularly about their use of alcohol, tobacco, marijuana and other substances.

Now that marijuana is legal to smoke in this state at 18, the data Moreno’s team has already been collecting can draw an interesting before-and-after picture: How did the legalization of a substance change how teens talk about the drug?