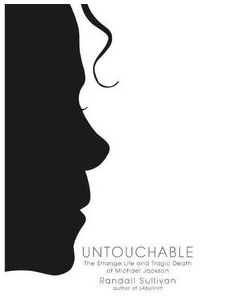 Reviews on Amazon.com can make or break an author’s career, but the motivations of those leaving the comments aren’t always clear. Take, for instance, Randall Sullivan’s book — Untouchable: The Strange Life and Tragic Death of Michael Jackson.

The New York Times offers an inside look at what happens when a group of people — in this case a vocal group of supporters of the late pop music icon — take over the review section of Amazon. That’s what happened after Sullivan released the 704-page biography of the King of Pop’s last years, with a group known as Michael Jackson’s Rapid Response Team to Media Attacks generating a campaign to post dozens of negative 1-star reviews on the book.

I am so sick and tired of all these “wolves” using Michael’s name, his likeness, and lying… to make a quick buck and a name for themselves. This book is a phony and so is the person who wrote it…Anyone who buys this book is wasting their money. It’s sensationalism, lies, and simply disrespectful. Let the KING rest in peace Mr. Sullivan…

At present, there are 176 reviews of the book, which is currently hovering at a 2.5-star rating. Interestingly, editors for Amazon.com picked Untouchable as one of the best books of the month, with Amazon’s reviewer encouraging readers to “check out this train wreck of a life.”

Nonetheless, the majority of the reviews are negative. NY Times Reporter David Streitfeld dubs this sort of onslaught the “attack review,” pointing out that the campaigns are devised “to sink new books as soon as they are published.”

Streitfeld has been digging into issues around online reviews for months now, posting a story last summer about authors paying to have positive book reviews written on online retailing sites.

Amazon.com, for its part, has attempted to clean up its review system, including what Streitfeld called a “hazy purge” last December in which thousands of book reviews were removed from the site. However, it remains difficult to truly know if a 5-star book on Amazon.com is really a 5-star read.