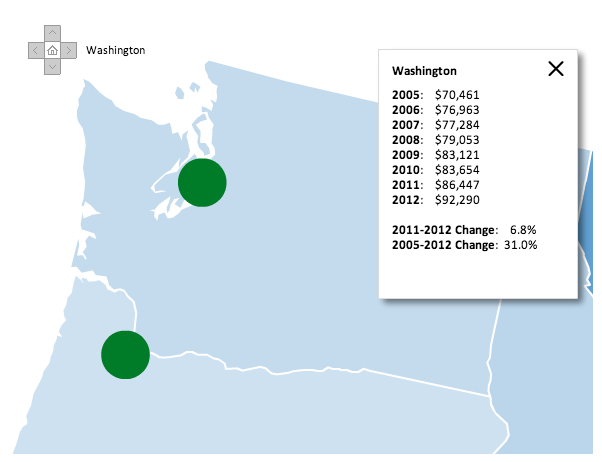 “The fastest way if you are in the 99 percent and want to join the one percent … is to learn computer programming.”

Those were the words earlier this week from Seattle entrepreneur and angel investor Hadi Partovi who launched a new non-profit called Code.org to boost awareness around computer science education in the U.S. And now here are some raw numbers backing up Partovi’s comments, courtesy of tech career site Dice.

According to the new Salary Survey from Dice, tech salaries experienced the biggest bump in more than a decade as the average tech worker now pulls down $85,619. That’s up from $81,327 in 2011. Dice estimates that the tech unemployment rate stands at just 3.8 percent.

“Employers are recognizing and adjusting to the reality of a tight market,” said Dice CEO Scot Melland. “The fact is you either pay to recruit or pay to retain and these days, at least for technology teams, companies are doing both.”

We’ve seen that playing out in Seattle where a war for talent rages among both big and small companies. And speaking of Seattle, how does Rain City compare to its rivals in terms of tech salaries?

Not too shabby, really (especially when you factor in the lower cost of living compared to places like NYC and San Francisco).