Guest Commentary: My first experience with Steve Ballmer was the day Visio was acquired by Microsoft. All of us Visio employees were in a conference room in Redmond to be welcomed to the company. SteveB was quietly sitting on the floor, reviewing his notes. When he was introduced, he stood up and exploded with excitement, clapped his hands together and, in that infamous high-pitched howl, asked if we were “ready to make some money!” It was hard not to be affected by his enthusiasm. 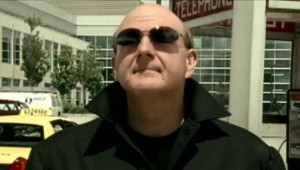 Microsoft will find a new CEO that takes it in a new direction, but can anyone replace the “spirit” that Ballmer brought to the company? Few, if any, big company execs define a company’s culture in the way that Ballmer has at Microsoft throughout the years.

Many of the company’s employees got one last taste of this spirit during Microsoft’s giant company meeting Thursday at KeyArena in Seattle, as Ballmer made an emotional final appearance at the event.

“You work for the greatest company in the world, soak it in,” he told them, with tears streaming down his face.

An outsider cannot truly appreciate Ballmer’s impact on Microsoft’s culture without seeing him at MGX, the annual company sales meeting. For one day at MGX, Microsoft packs arenas like the Superdome with 15k-20k employees from around the world. It is usually a ~12hr day with keynotes and demos from each product team. There are some cool demos and some worthy execs to listen to, but don’t kid yourself. The reason everyone sits patiently through the droning presentations is in anticipation of SteveB. Even Bill Gates’ presentations paled in comparison. 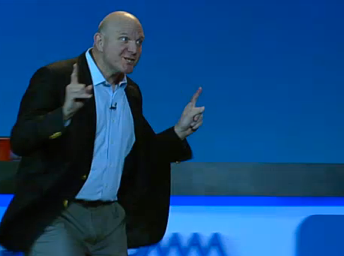 You’ve likely seen clips of Ballmer going berserk at one of these meetings, but whatever you watched was only a couple minutes long and the real thing is far more intense. This was supposedly his favorite day of the year and he was known to fire himself up backstage like an NFL linebacker getting pumped up in the locker room. His fiery oration could easily last 90 minutes and included themes and music that he often picked himself.

I saw him present 7 years in a row. Some years were pure awesome, like when he came up from under the stage in a black trench coat and sunglasses, dressed as Neo from The Matrix. Other years were bizarre head-scratchers, like when he sang an inspirational song from the musical Pippin. Regardless, his enthusiasm was nothing but authentic. He put all of his emotions out there and never left a doubt about how much he loved the company. I always left the meeting fired up and feeling good about the company, even when I had my doubts about where we were headed.

Critics will be quick to point out that this same enthusiasm also made him volatile and difficult to work for, or was just cheerleading for failed strategies. It’s not hard to picture a chair being thrown in his office along with a stream of expletives delivered in that high-pitched howl. Perhaps it even got in the way of enabling other decision-makers in the company.

But regardless of what you think of his product decisions and missteps throughout the years, Microsoft will be a very different — and likely much more boring — place without SteveB.