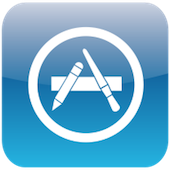 One of the bees in developers’ bonnets when it comes to Apple’s App Stores for iOS and Mac is the inability to offer cheaper prices on new versions of an app for people who are upgrading from an earlier version. Right now, developers can only offer paid upgrades by charging full price for a new version of the app, which can garner negative reviews from existing users.

The Omni Group, makers of OmniFocus, OmniGraffle and other apps, tried to offer upgrade pricing for its Mac App Store software through a special upgrade app, but were told to stop by Apple.

For users of his FTP on the Go Pro app, he’s offering special upgrade pricing for the app’s all-new iOS 7 paid upgrade through in-app purchases. Users who have the first version of FTP on the Go Pro already installed on their iPhone or iPad can pick up the complexly named “FTP on the Go Pro Upgrade for iOS 7” app, which will then — after checking to make sure users have the original app already installed — offer an in-app purchase to unlock the full version of that app for only $4.99, rather than the standard $9.99.

Of course, that means that Burford needs to add yet another version of his app to the App Store catalog, but it seems like a small price to pay for being able to offer cheaper upgrades to loyal users.

For anyone who wants to follow his lead, Burford outlines the approach in five steps on his blog.

Because his method doesn’t go outside the App Store to provide upgrades, Burford feels pretty confident that he’ll be able to continue using it, considering that the Omni Group’s approach seems to have been nixed because they were handling upgrades outside of the App Store ecosystem.

Even that may be a long shot, though. When Apple updated Logic Pro, its professional-grade audio software, it just released a new version through the Mac App Store for $200, and didn’t offer upgrade pricing for any of its users, something that it has done in the past when it didn’t sell Logic through the Mac App Store. It would seem that if Apple has an official stance on upgrade pricing, that stance is to just charge full price for the new app.

If Burford’s plan sticks, though, there’s a chance it could usher in a new age of App Store upgrades, and lower prices for loyal users.