Those who have owned three generations of PlayStation consoles are going to like Sony’s latest commercial. 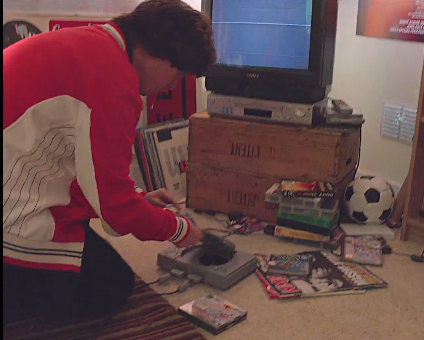 The video game giant’s latest promo for the PS4 takes a trip down memory lane and is titled “#4ThePlayers since 1995.” It features the evolution of a gamer growing up with the PlayStation, starting in 1995 with the original PS1 console.

In the first scene, the dude — presumably from London — pops a disc into his PlayStation, which is hooked up to an old-school tube TV that sits on top of a VCR player. The famed intro music plays, as two buddies buddy duke it out on Tekken.

From there, Sony shows three more versions of his room — once with the PS2, then with the PS3, and finally with the yet-to-be-released PS4.

It will be interesting to see how Sony and Microsoft get creative with their marketing efforts leading up to next month’s console releases. This one is sure to hit home for PlayStation fans.