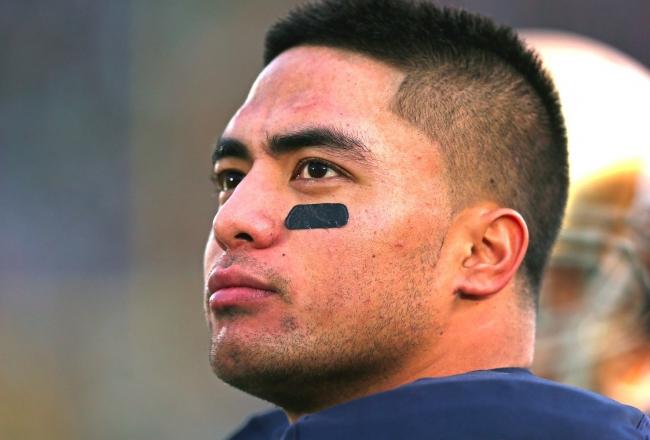 At one point in history, I had a large amount of hair on my head. So much so that I jokingly made a Twitter account called @TheSoperAfro, specifically for the follicles.

Someone decided to one-up me and created @SoperFroLice. Location: “Taylor Soper’s Epidermis.” Biography: “Ever since Taylor ran out of Head and Shoulders, we’ve been living like kings.”

It’s been one year and I still do not know who made the account. This has made me laugh, but also slightly uneasy.

Which brings me to this question: Can we trust anyone or anything on social media these days?

Manti Te’o apparently did and seeing the effects. In one of the weirdest and wackiest sports story of the past century, the Notre Dame star linebacker says he was the victim of an awful and elaborate hoax, one that resulted in the now-untrue heartbreaking story of his girlfriend battling leukimia and grandmother dying on the same day.

It’s an extremely confusing tale, so catch up here if you need to.

Deadspin broke the story earlier this week of how Te’o’s girlfriend, whom the linebacker talked about numerous times to the media, never actually existed. But no one knew about that — it’s unclear whether Te’o did or not — during this past college football season, when fans around the nation were inspired by this incredible story.

The fake girlfriend had a Twitter account, and that’s reportedly how Te’o met her. But she never actually existed.

However this plays out, it’s confirming the fact that we can never really know who is behind a keyboard.

“The Manti Te’o news is surprising, but if you really think about it, can’t we all think of somebody we know who makes things up online for his/her own attention and publicity?” wrote my friend on Facebook.

I love social media. It’s opened up a new way to personally communicate, especially with people of high-importance.

But it’s becoming more and more clear you can’t trust people behind Facebook, Twitter, Instagram, or any virtual outlet. Sure, things like “Verified” Twitter accounts certainly help that cause, but just because Bill Gates has a blue check mark next to his name, how can you know if it’s actually him?

That’s too bad, but it’s reality. It’s scary. And frankly, after reading about all this Te’o crap, it’s just plain creepy.